The impending death of associate cricket

The impending death of associate cricket 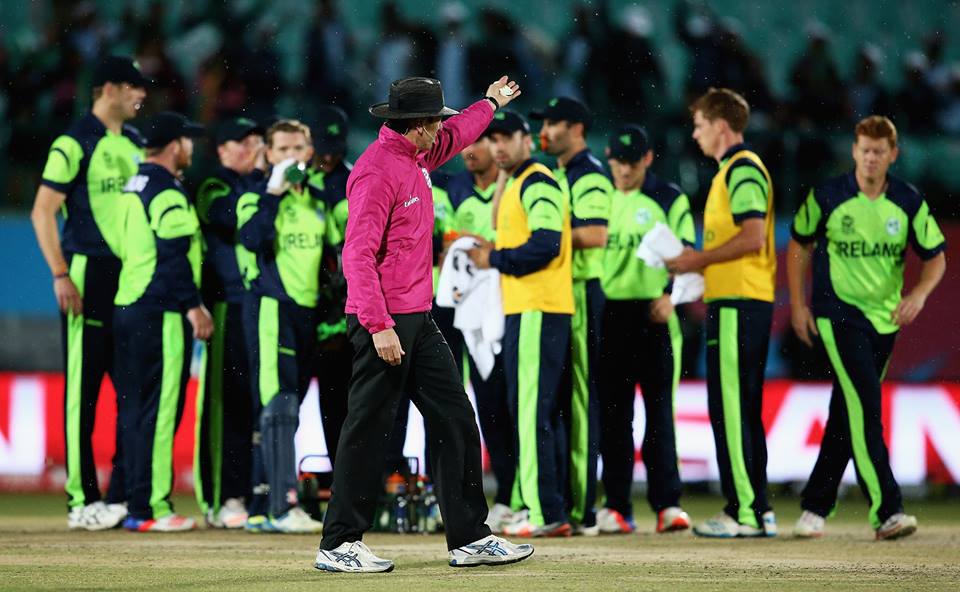 Almost nine months back, Ireland’s John Mooney wanted to wear a black armband signifying the death of associate cricket.   ICC’s diktat stopped the endeavour from going ahead back then, but the dark clouds at Dharamsala yesterday as associates Netherlands and Oman were set to take on each other, played background to the impending death of the associate cricket.

In a system made by the International Cricket Council to the “giants” of cricket, Asia Cup runners-up Bangladesh, Afghanistan, Zimbabwe, Oman, Ireland, Netherlands, Scotland and Hong Kong all played out a mini qualification tournament even before the arrival of the big guns. Ireland and Netherlands bid goodbye to World Twenty 20 after a loss and a wash-out, while Scotland and Hong Kong were outdone by Afghanistan and Zimbabwe. A qualification process which lasted more than ten months ended even before the tournament received a “proper start”.

The absurdity of Bangladesh playing a qualification tournament to get into the Super-10 stage of the World T20 can never be answered. The team, which defeated Sri Lanka and Pakistan convincingly in the Asia Cup a week back, is made to play a qualification tournament to earn the right to play with the elites. On the other hand, defending champions Sri Lanka, whose only victory in the Asia Cup was against UAE, are comfortably in the main stage along with Pakistan.

If Bangladesh, who have defeated all the major cricketing nations time after time, are playing in the qualifiers, what chance does an Ireland or Scotland have?

Netherlands probably had one bad over with the ball and the bat in the game against Bangladesh as they lost by eight runs, but a washout in their second match against Oman meant the end for them. As the tweet from their skipper Peter Borren said, it was probably 10% of the cricket they were going to play all year.

After their last match against Ireland in the qualifier, Netherlands are only scheduled to play three more games for the rest of the year – two one-day matches against Nepal and a four-day game against Afghanistan. Compare that with the elite of the elite in the world of Cricket – India has already played five one-day matches and 11 T20Is in 2016 and are scheduled to play at least four more in the T20 World Cup.

"If we had managed to get through here, it would have been fantastic. But today's rain means that we're in a position where we possibly won't be playing in a world event for how many years . And in this sort of environment, I've been lucky to have played in a few, but it seems like it's becoming opportunities for Associate teams, which is frustrating. For me, I'm getting older but some of our young guys... it's pretty hard to tell a guy like Paul van Meekeren, for example, who bowls four overs, gets 2 for 17 against Bangladesh, that there might be another opportunity if we get good cricket over three-four years time. It's pretty tough," said Peter Borren after his team’s ouster from the World T20 as reported by ESPNcricinfo.

The gap is clear and it will be highly optimistic to expect an associate nation breaking into the top cricketing nations in the near future. And this situation is not restricted to Netherlands, all the other associate nations are heading towards a slow death with the lack of cricket that ICC is offering them. The 2019 and 2023 one-day World Cup will be featuring ten teams and the 95 associate and affiliated members under ICC will be hoping against hope to find a place in the quadrennial events.

(Read about how the 2007 T20 World Cup changed cricket forever)

At a time, when the FIFA is thinking about a 40-team World Cup, the Gentleman’s game is strangely heading the elitist way. Even if the associate nations are not included in the fifty over World Cup, the T20 format gives them more of a chance against the big guns.

"That is why the ICC has the tournament in two phases because they will lose a lot of revenue if one of the 'top nations' go out to any of us in the early rounds’. It doesn't happen in any other sport. Every sport grows. Football has increased the number of teams for the 2023 World Cup. Rugby done the same. They are looking to progress their games,” said Ireland skipper William Porterfield.

But the question will be whether ICC wants to see cricket as a world sport? The eight-member elite sport has been ruling the roost at least in the subcontinent minting truckloads of money. The big three in the ICC – India, Australia and England – produces the majority of the revenue for the sport and thus the ICC is in no hurry to venture into untapped territories. A Scotland, Ireland or Netherlands are highly unlikely to make similar money as the cricketing elites will find themselves out of ICC’s view.

The giant-killing spree of Bangladesh and the emergence of Afghanistan are the light at the end of the tunnel for associate nations. But, with limited opportunities and lack of monetary support associate cricket is heading towards a slow death and as Scotland captain Preston Mommsen said, “Since the 2015 World Cup, I have played in one ODI match – in 12 months. So, you tell me how I’m going to improve my skills and develop as a cricketer. I don’t have answers, I hope someone at ICC has it.” We do hope someone has the answers!