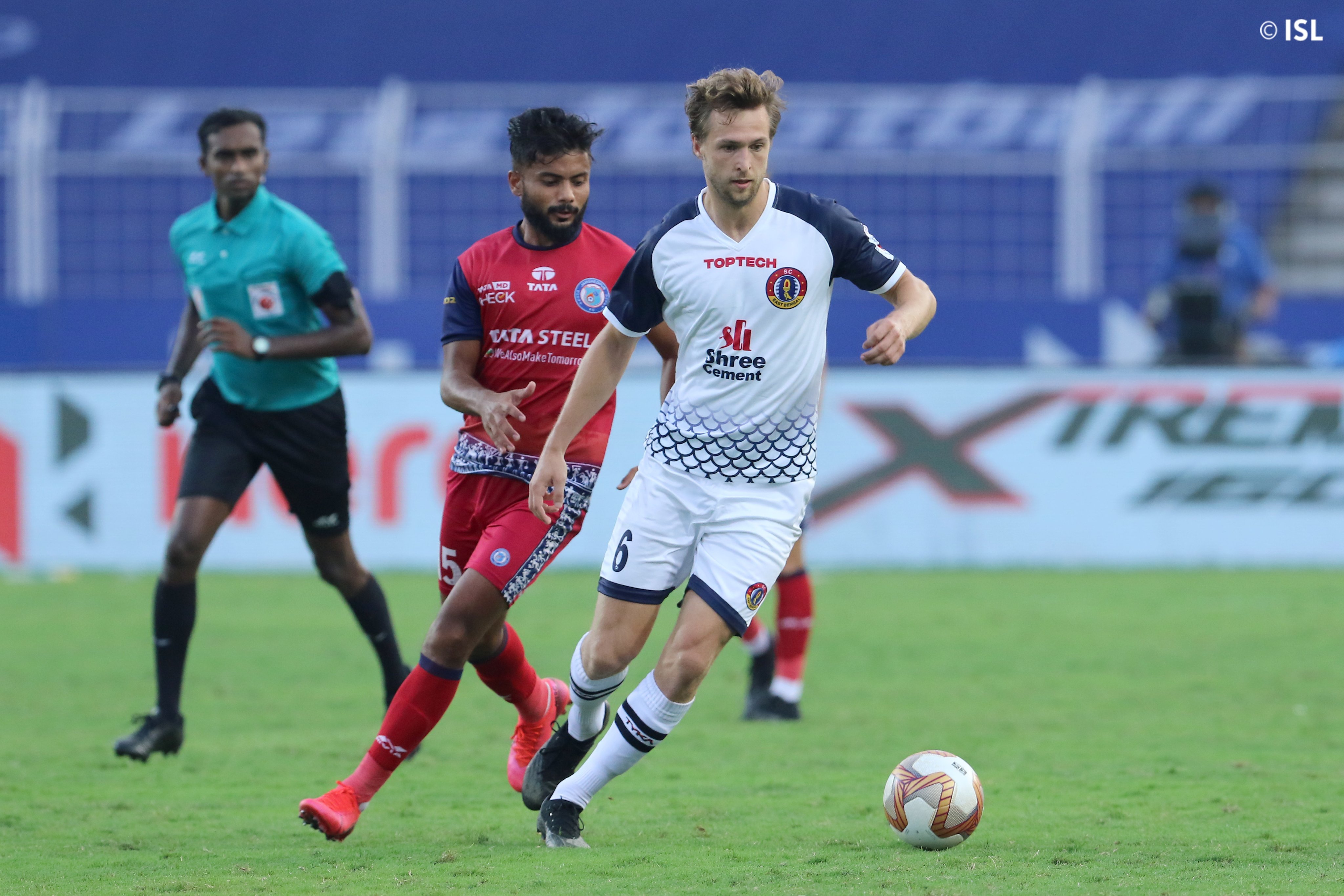 With Mumbai City FC already qualifying for the play-offs and ATK-Mohun Bagan almost through, five teams are now involved in a fierce battle to claim the remaining two spots. The Fierce competition has brought the best out of the players, which brings us to 'Studs who stole the show' - Week 12.

This is the third time that Diego Mauricio’s has been included in the list, that too playing for a team that has won just one match in the season so far - makes his feat even more impressive. Against a determined Kerala Blasters FC side, it was the Brazilian who did not let them sneak out a win, even though the opponents were worthy of three points. The first strike of the game was a Mauricio classic, with him receiving an inch-perfect pass from Jerry, taking the privilege of taking an extra touch and skilfully placing the ball past the custodian. Later on in the game, when Kerala Blasters FC were running away with the match, the foreigner managed to connect a well-crafted assist from Brad Inman to spoil Kerala's party for the evening as well as end their hopes of qualifying for the play-offs. With four matches left, the striker will have enough game time to inflate his goals tally.

It’s surprising that one of the best foreigners ever to play in the Indian Super League has been overshadowed in most parts of the season, but with the change in allegiance to neighbours ATK-Mohun Bagan from Odisha FC, Marcelinho is a man on a mission. The Brazilian provided the teeth in the attacking third for ATK-Mohun Bagan, which was lacking before, with Antonio Lopez Habas adapting an ultra-defensive style of play till his arrival. His presence was felt from the first day itself, with him netting one of the Mariners’ three goals en-route to their 3-2 win over Kerala Blasters FC. But, in the game against Bengaluru FC, he displayed what he’s capable of. With 6 shots at the goal and a stunning goal from a free-kick, Marcelinho not just took away the game from the Blues’ but also smashed their will to stage a comeback. As far as things stand, Marcelinho will have a big role to play in the remainder of the league, with ATK-Mohun Bagan almost through to the play-offs.

This is just the second time that Brazilian playmaker Memo Moura is playing against his former side Jamshedpur FC - the club where he played three seasons before making the switch to Chennaiyin FC. Even though Chennaiyin FC have not had the desired results in the season so far, they have created numerous opportunities, the credit of which goes to the South American. Not only that, he has been able to hold the midfield together, helping them maintain structure. In spite of ending up on the losing side, the footballer has left no stones unturned when from his end, having taken a few shots at the goal, blocked a few and even initiated a couple goal scoring opportunities. No wonder why he’s been at the peak of things for Chennaiyin FC throughout the season. But whether he will be retained for another season is a topic for some other day.

The main architect of Mumbai City FC, Hugo Boumous has been one of the most consistent performers in the history of the ISL, be it during his FC Goa days or the current venture. His partnership with Sergio Lobera has done wonders for each of the above-mentioned teams. The Moroccan guided FC Goa to a top-placed finish last season and is closer to repeating the feat with his new employers once again. His all-around capabilities were highlighted in the game against FC Goa, having been involved in two of the three goals scored by his side that evening. With acres of space to cover and only the keeper to beat, the foreigner put the ‘Islanders’ ahead in the game as in the 20th minute. With numerous crafty work in the playmaking area, the footballer could have had more assists to his name, but his teammates did not live up to expectations. In the dying minutes of the game, his measured free-kick found the back of the net after a faint touch from Rowlin Borges. You just cannot keep him out of the action.

One of the few players in Hugo Boumous’ mould, Matti Steinmann's all-around game cannot be ignored for sure. Undoubtedly the best player for debutants SC East Bengal this season along with Anthony Pilkington, the German oozes out positive play whenever on the field. Getting his name on the score-sheet as well as the assists tally during their 2-1 win over Jamshedpur FC proves why he is a favorite of their head coach cum former Liverpool legend Robbie Fowler. Operating with utmost competence from the playmaking zone, Steinmann is gifted with skills many would envy. Even though the ‘red and gold’ have been largely misfiring throughout the season, the foreigner has been an exception, having registered modest figures for himself, with an average of 44.5 passes per match, maintaining accuracy of 74.31% on average. With four matches left, he will play a key role in SC East Bengal’s fortunes.