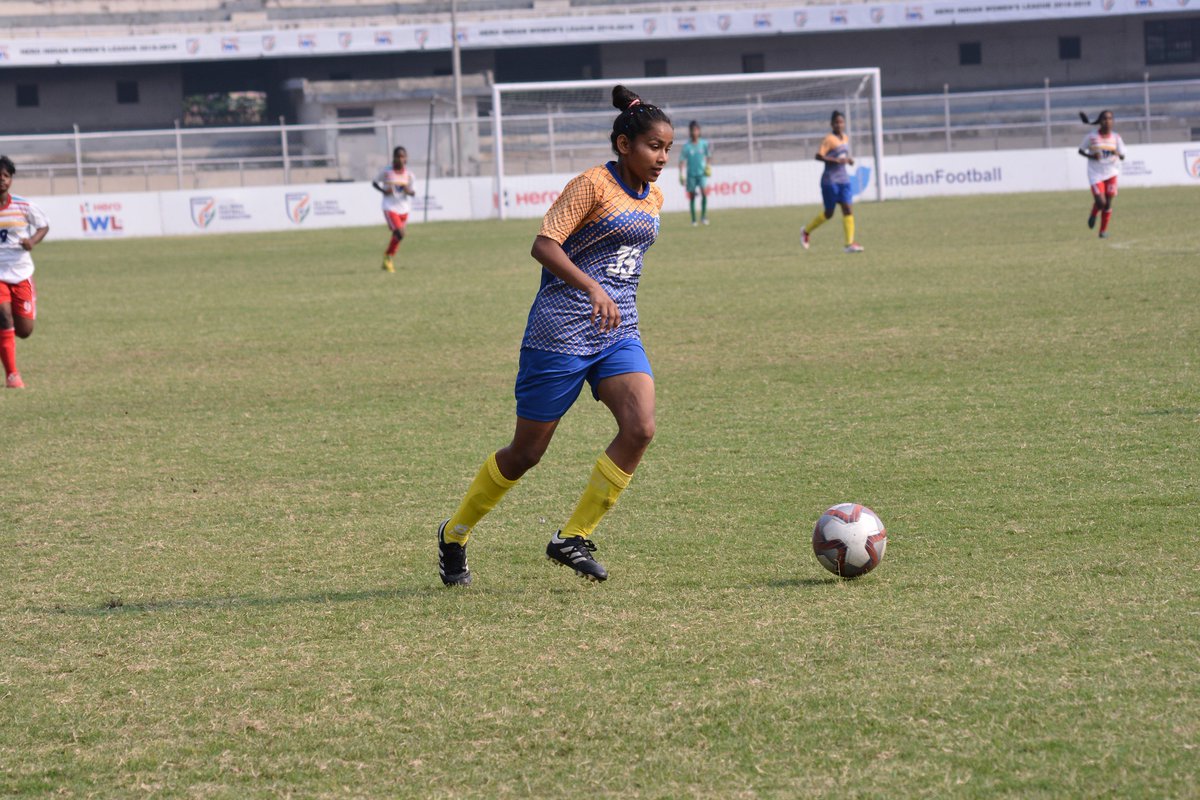 A file image of Renu.

Indian women's football team striker Renu has said that good performances at the AFC Asian Cup could help the team do well at the World Cup qualifiers. The youngster went on to say that instead of focussing on the results, the team is only thinking about the performances.

India striker Renu feels that the performances in the next year's AFC Asian Cup will play a big role in realising the dream of qualifying for the FIFA World Cup. The AIFF president Praful Patel had earlier said, that the women's team could qualify for the coveted tournament before the men's team does.

"Such a statement is very motivating for us. Qualifying for the World Cup is our dream. But for now, our entire focus is on the AFC Asian Cup. If we perform well in it, that might help us perform better at the World Cup qualifiers and we will build from there. Our focus is on improving day by day," Renu said during an interaction.

Renu is relatively new to the Indian side -- had made her debut for India in April against Belarus -- but is already the main goal-scorer for the team. Recently, she had scored the only goal in the friendly clash against Chinese Taipei. Talking about the recent exposure trip in Bahrain and UAE, she said, "We are getting great exposure in these matches. We are playing against strong, well-ranked teams. This experience will be very important when we play the AFC Cup as we will face good teams there as well. This tour is also helping us improve our speed and physical fitness ahead of the tournament.

"More than the results, we are focussing on our performance which has been good. We are just looking at getting as much experience as we can from this tour."

The upcoming few months will be big for the women's team as India will be hosting the FIFA U-17 World Cup, besides the Asian Cup. It's a great opportunity for the team to try to climb up the ladder and enter the next level in world football, Renu said. "This is a wonderful opportunity for Indian women's football, in particular. It will provide greater motivation and some invaluable experience. It will give the U-17 girls the exposure of playing at an international stage with the best teams from around the world. They will bring this experience to the senior team in the coming years. So, this is a great opportunity to shape the future of Indian women's football."