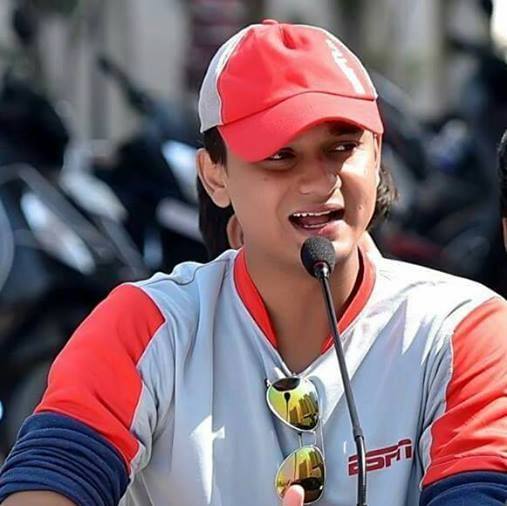 Wasim Akram and Shaun Pollock, two bonafide legends of the game, two of the biggest match-winners that the world has seen, were glittering stars of their respective eras. Today, they will lock horns with each other in the ring with the sole aim to take down each other in an intriguing battle.

Wasim Akram. Arguably, the greatest left-arm bowler of all-time, a sheer genius, he could make batsmen dance to his tunes with the way he swung the white cherry both ways and his deceptive slower deliveries and reverse swinging yorkers at the death. Not only with the ball in hand but he was very handy with the bat too and was a match-winner in a true sense for his country.

Shaun Pollock. Cricket runs in his genes. But, he conquered all the shadows and carved a special name for himself in the history of South African cricket. Line, length, good areas, the ability to move the ball both ways at pace, the machine-esque stamina, and the ability to relentlessly expose batsmen's technique made him a gun white-ball bowler. And then he was a fine lower-order batsman too, who could bail his side out of trouble, with his reliable batting.

Both Akram and Pollock were premier bowlers for their country, took over 800 international wickets, were ODI stalwarts, and that's why this fight promises to be a cracker-jacker of a contest, that will keep the audience on its toes with the engrossing battle between two absolute champions of the game. So, here we go:

ROUND 1 -> BOWLING AVERAGE: This is a darn promising start

Not to anyone's surprise when it comes to the bowing average, it was supposed to be a tough contest. The battle between two spearheads who put in their everything day in and day out. So, is the case in this ring. Wasim Akram never hesitated to take the initiative in bamboozling the batsmen, here he shows no mercy on Shaun as he tries to HOOK him out of the ground. But, Shaun is no easy fish. He doesn't let him get into a good position but fails to translate it into a win as Wasim with an average of 23.53 goes bang bang with his counter-attacking abilities and wins the round against the South African averaging 24.51. Promising start, though.

Now, this is pure art by the Pakistani legend. The aggression, the intensity, the ability to make things happen. It's all happening in the ring. The crowd is going bonkers. After all, Wasim Akram has unleashed the UPPERCUT. Pollock always preferred batsmen making mistakes. But, Wasim with a 1.43 wickets per innings was a master in giving jolts to the opposition every now and then and beats Pollock who took 1.32 wickets per innings in what was an extremely one-sided round. Wasim - 2, Pollock - 0.

This is going one way now. Shaun is just not turning up or one can say that Wasim Akram is just leagues ahead of the Proteas player. This time, the former Pakistani skipper, who's no stranger to scoring fast with the bat, with an S/R of 88.33 goes for multiple jabs which are as immaculate as Shaun's bowling line and lengths, as the South African has no answer to the onslaught with an S/R of 86.7.

Where was this spirit from the Proteas veteran all the while? But, this man can come back and in what way. This is brutal. Brute of a punch. Brute of a rib-cager and this ain't just power but when power meets invariable consistency. The right-hander with an average of 26.46 first unleashes a few jabs and then downs Wasim, who has an average of 16.52 with a peak RIB-CAGER that forces the Pakistani to see stars in the ring. Jeez! It will take some time and effort to recover from this blow.

The last round has shaken up Wasim Akram. And gosh, Shaun Pollock is high on spirit now. This just feels like that moment before a bowler is about to get a wicket. When the perfect set-up has been executed and that the bowler needs is to ace one delivery that will get him the wicket. Wasim with an economy of 3.9, tries to get back to the contest but is just not up to the mark, as Shaun ‘Consistent’ Pollock with an ER of 3.68 hammers a pretty straightforward punch to make it 2-3.

ROUND 6 -> NO OF BALLS BOWLED PER GAME: Shaun rides the momentum

This is simply unbelievable. Shaun Pollock was 0-3 down once, and now he's not putting even a foot wrong. Talk about riding momentum. This one ain’t easy though. Wasim Akram with 51.08 deliveries per game is precise in his defense. He's not attacking. Neither is Shaun Pollock. It's about stamina now. Who will be able to hold it longer and strike it just at the right time? You guess? When it comes to stamina and precision, you never doubt Pollock. After both the warriors exchange a few punches, defend themselves against snorters of punches, Pollock with 51.85 deliveries per game, brings out the HOOK as he makes it a hat-trick of wins.

ROUND 7 -> BOWLING AVERAGE IN ICC TOURNAMENTS: You never sideline the 'king of swing'

ICC Tournaments. Pressure situations. South Africa. Shaun Pollock. And it's not hard to predict the result. Wasim Akram, who had lost the last three rounds, makes a telling return. With an average of 24.11, he punches Shaun (27.46) with some belligerence and takes the lead again.

ROUND 8 -> BATTING AVERAGE IN ICC TOURNAMENTS: This is crazy

Even in ICC tournaments, one would expect Shaun Pollock to come good with the bat. After all, he's a better bat in comparison to Wasim Akram. But no. ICC tournaments just don't sit down well with Proteas players. With an average of 18.80, it doesn't take long for Wasim Akram to uppercut Pollock, who falls short with 15.90 in the ICC tournaments as he loses back-to-back rounds and fails to cash in on his comeback.

ROUND 9 -> BOWLING AVERAGE AWAY FROM HOME: Do-or-die round for Shaun Pollock

These fights can change their course in a blink of an eye. After being in a commanding position, Pollock is losing it quickly. If he loses this round, it will be all but over for him. Will he come back? Let's find out. So, this is about doing well away, in alien conditions, familiar pitches for batsmen. It's the real test of the bowlers. Their calibre, skill and temperament. And Wasim Akram with an impeccable average of 22.26, brings out his special weapon, the ‘Deontay Wilder's Straight Right’. It rattles Shaun Pollock (28.83). It's known to be a brain-rattler as the punch is like a cannonball coming straight down the middle and the South African is knocked out. The crowd starts chanting Wasim, Wasim and Wasim as he raises both his hands to celebrate the epic win.

Who would have thought that the bout would end early? No one. After six rounds, it was three-all. It was as unpredictable a fight as they come. In the beginning, it had the inklings of a close battle given both the players were legends of the game. But, Wasim Akram didn't allow Pollock to even open his account in the first three rounds. But, after that Pollock made it even with a hat-trick of wins. Now, just when we thought, it would go right down to the wire, Wasim Akram made a smashing comeback and this time just ended the engrossing battle that had its share of ups and downs.

But, in the end, it was Wasim Akram, who emerged as the ultimate champion. Shaun Pollock tried his best and was a beast at least, in the middle of the bout but not to much avail. For now, all we can say is hard luck, Shaun. But for some more alluring clashes in the ring, keep reading SportsCafe as we will be back with a new rivalry and fight next week on Friday.