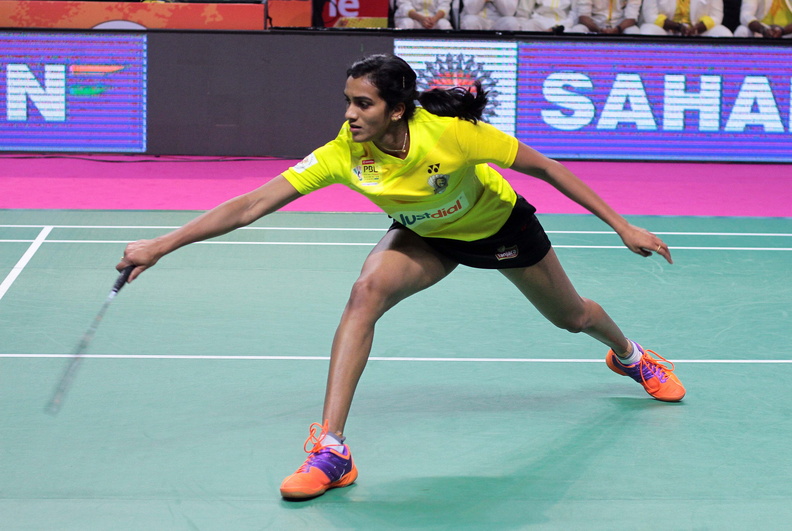 Awadhe Warriors have taken a 4-3 lead against the defending champions Chennai Smashers on the first day of the third edition of the Premier Badminton League. The Awadhe Warriors won their mixed doubles and both men’s singles matches to secure the win with two matches to play in Guwahati.

Awadhe Warriors started their campaign with the last minute news that Saina Nehwal would not be able to participate in the season opener due to a niggle but they still successfully managed to register a 4-3 lead against Chennai Smashers yesterday.

Awadhe Warriors opened their tally thanks to Tang Chun Man and Pedersen who, despite losing the first game 15-10 to Gabrielle and Chris Adcock, fought back in the second to win by 10 points to take the match into a decider. Tang and Pedersen didn't let the momentum slip away as they took the third 15-12 to secure the first points of the season.

Parupalli Kashyap’s win extended Awadhe Warriors’ lead as he defeated Daniel Farid 15-12, 15-8 in the first trump card match of the season. Kashyap didn’t have a good start but he showed his dominance after the mid-game break of the first game to take the first game by three points. The second, however, was a one-sided affair, as Kashyap piled on the pressure and earned his side a 3-0 lead after two matches.

In the third encounter of the day, Kidambi Srikanth’s win helped the Awadhe team extend their lead to four points after he defeated Chennai’s Brice Leverdez 15-12, 15-13. After trailing for most parts of the first game, Srikanth showcased his typical attacking style of play to take the first game. The second was identical to the first as Leverdez seized early control but unforced errors and some power badminton from the Indian saw the Warriors taking an unassailable 4 point lead.

Chennai did finally get on the scorecard thanks to Lee Yang and Chris Adcock who beat defeated Hendra and Chin Chung 15-11, 10-15, 15-11 in the men's doubles match.

The last encounter of the day was Chennai's trump card match between PV Sindhu and Sai Uttejitha Rao. In the women’s singles clash, Sindhu saved the Chennai based team from embarrassment securing a comfortable 15-10, 15-9 win against Rao who came as a replacement of the injured Nehwal.