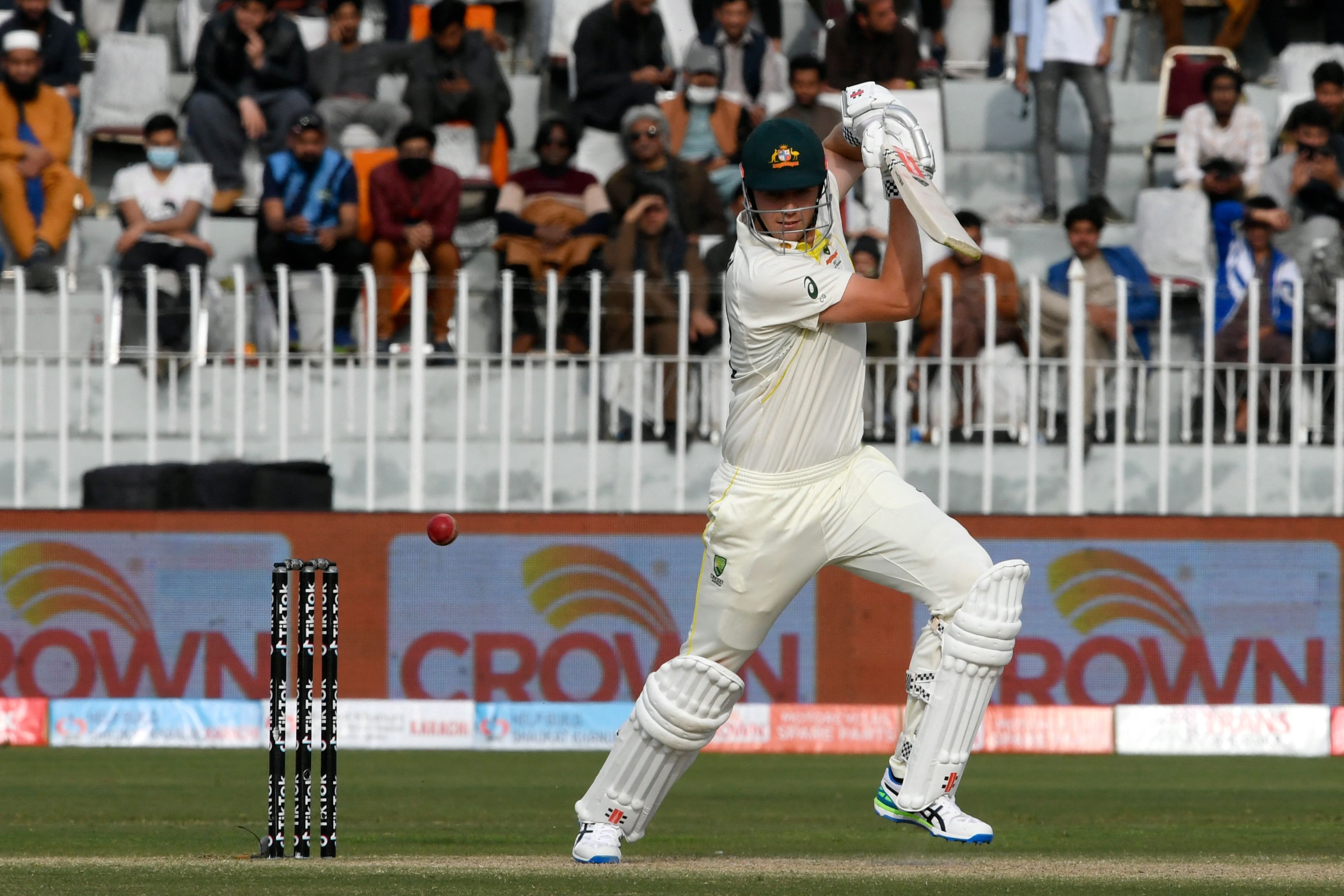 Cameron Green scored a half-century against South Africa at MCG

It is a common occurrence to see a player celebrating his own achievement but it is one of the most beautiful sights when a player gets happy in his teammate’s achievement. Cameron Green depicted his brotherly bond with Alex Carey by celebrating the latter’s century even before he completed it.

Australia are on top of the proceedings in the second Test against South Africa with a clinical display from the batting unit. The scorecard involved two centurions - David Warner and Alex Carey. Carey played a knock of 111 runs in the match but the team spirit showed by his batting partner Cameron Green became one of the memorable moments of the game.

Marco Jansen was bowling the 133rd over of the innings and Carey played a stroke from backfoot to the right of the cover fielder on the second ball. The ball was played in the gap and the batters had ample opportunity to run three. Carey was on verge of his century as he was playing on 98. However, as soon as both the batters started running for the first run, Cameron Green started celebrating his partner’s ton.

Green lifted up both his hands in the air to display his excitement for the milestone completed by Carey. Twitterati noticed the bonding between the two players and praised Green for his team spirit against South Africa.

Alex Carey is the first Australian wicketkeeper in history to score a Boxing Day Test century at the MCG.#AUSvsSA #AUSvSA pic.twitter.com/bbOxm8ORbH

From pool faller to a Boxing Day test centurion. Alex Carey has done it all in 2022!!!! #AUSvRSA #BoxingDayTest

Congratulations to the inaugural captain of #Gwsgianta #AlexCarey on his century today in the test versus South Africa. There’s a Giant in all of us! pic.twitter.com/34bpIY39Ti

Playing for nation with inury after 7 wickets down we have seen this before.#RohitSharma𓃵 #camerongreen

What is it about Aus wks and the MCG? Congratulations, Alex Carey #AUSvRSA | #AUSvSA

Australian batters are doing amazing stuff today, Alex Carey completed his ton and it looks like Australia should declare and bowlers should get up with new ball in hand. #AUSvSA