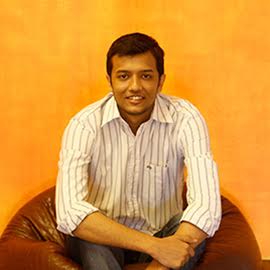 When Bello Rasaq headed in that equaliser for Mohun Bagan in the dying minutes of last season's  title-decider against Bengaluru FC, few would have expected the league to be thrown into a state of crisis in just a few months' time. The quality of football and the level of competition throughout the season was something that hadn't been witnessed for a long time in India. And yet, as the new season is about to begin, there is a sense of foreboding among I-League clubs and the followers of the league.

In the last five months, three clubs - Pune FC, Bharat FC and Royal Wahingdoh FC - have pulled out of the top-division citing the absence of a proper road-map for the competition. This means that the new season will go ahead with just 9 teams, the lowest-ever in the league's history. With Salgaocar and Sporting Goa also reportedly contemplating their withdrawal from the league at the end of the season, the future of the league looks highly uncertain.

Come 2017, the composition of clubs in the Indian top-flight could undergo a major change. Or worse, although less likely, there may not even be enough clubs for I-League to remain an officially recognized league. Given all this, it wouldn't be wrong to say that the upcoming season is one of the most important in the competition's history.

A dying brand and its anxious stakeholders

The last two years have made it amply clear that the I-League, as a brand, is only a few years (or possibly, just a few months) away from an eventual death. The onset of the Indian Super League (ISL) has made life harder for the I-league stakeholders. The ISL has emerged as the more attractive footballing product in the Indian market, although its actual contribution to Indian football at present is highly questionable.

All India Football Federation (AIFF) President Praful Patel recently said that in case of a possible merger between the two leagues, the ISL franchises would join the I-League, and not the other way round. His statement sounds frivolous, simply because of the fact that the I-league would need a significant restructuring for ISL franchises to even consider shifting to a presently loss-making player. Either way, even if this does happen, it is clear that the ISL franchises will form the core of the unified top-flight league in the future.

Now what this means is that many of the existing clubs in the I-League face a fight for survival. At present, quite a few of them don't possess the financial muscle to compete with their ISL counterparts. The new season will be crucial in helping many clubs, which are on the wall, make their minds up about their future. The likes of Mumbai FC and Shillong Lajong have no plans to pull-out in the near future, but like many others, are far from happy with the lack of reforms in the league.

Come season end, will they be motivated enough to stay? The off-field action will be crucial in the clubs' decision. If the AIFF can take ahead the process of setting up the platform for a single-league system, by involving all the stakeholders of the I-League and ISL in preparing a blueprint for the same, the I-League outfits will feel less insecure about their futures. The longer it takes to move to a unified top-flight, the greater will be the chances of more clubs pulling out. Which is why the AIFF must make sure that the discussions over the single league system, which started last year, gather pace this term.

When it comes to the ISL, its first season had more or less gone ahead without a blemish. It was a big marketing success, and the makers of the league couldn't have foreseen a major turnaround in public perception in 12 months' time. As things have panned out, things have been far from rosy for IMG-Reliance's 10 week-long football festival in its second edition. While many observers have been increasingly critical of the tournament, even national team head coach Stephen Constantine and FC Goa manager Zico have denounced it - much to the chagrin of AIFF and IMG-R. The tournament was involved in PR disasters one after another this term. From scheduling matches during the national team's WC qualifiers to refusing to let players leave for a national team camp, its image took a beating in 2015.

I-League clubs will have very much enjoyed the bad press the ISL recently received. Make no mistake, this isn't going to make life any easier for these clubs. However, for the first time since its inception, the fallacies of ISL, and the defective domestic football calendar its creation has led to, have been laid bare for everyone to see. This has put the I-League clubs in a more convenient position to push the AIFF for reforms and a unified league. At present, the ISL stands to win by continuing with the current calendar. With franchises aiming to break even in a few years' time, moving to a longer league will bring in uncertainty. However, with even the likes of Sunil Chhetri calling for a single league system, it is becoming increasingly difficult for AIFF and IMG-R to continue being apathetic towards the interests of the I-League.

The action on the field

While discussions on the I-League will understandably focus on its future, it is impossible to not talk about the on-field action. Despite it being a nine-team competition this term, the I-League promises to be an exciting affair. Some clubs have spent a lot of money in reinforcing their squads, and the gulf between the nine does not seem much.

Bengaluru FC will start the season as the title favourites, but both the Kolkata giants will be up there as well. Mumbai FC have significantly strengthened their squad, while Lajong have an exciting young team. Both DSK Shivajians and Aizawl FC have made significant investment ahead of their debut season, and will definitely be no pushovers. Salgaocar and Sporting Goa, both of whose futures remain uncertain, will look to depart the top-flight in style. Salgaocar already have done some very shrewd business in the transfer window to upgrade their squad.

With a cloud hanging over the I-League, the teams will hope that the on-field action will overshadow the problems plaguing the competition. The AIFF has increased the prize money for the competition this season, and although it is not enough to make a difference, the governing body has definitely given hints of a change in attitude towards the poorer cousin.

Despite all the doom and gloom surrounding the tournament, there are many things to look forward to. However, it is in the AIFF's hands to try and convince clubs that there remains a future for them in Indian football. (Read: An open letter to Nita Ambani from an Indian football fan)