The invisible wall between 'record-breaker' Jaydev Unadkat and Indian team

The invisible wall between 'record-breaker' Jaydev Unadkat and Indian team 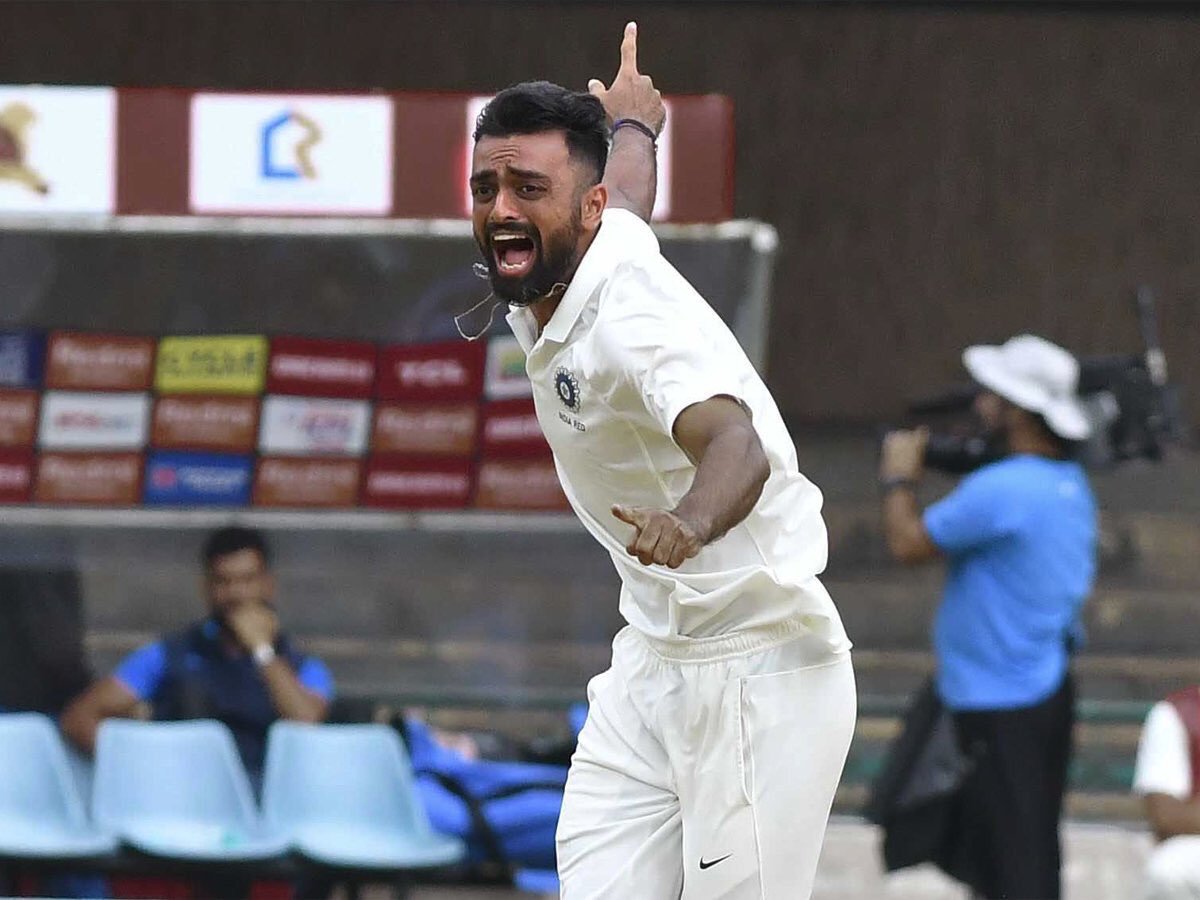 Have you ever witnessed a 65+ wicket season go unnoticed by the selectors? Well, we are all but ready to witness one with Saurashtra’s Jaydev Unadkat pulling the plugs, getting his side to the Ranji Trophy finals. Having made only one appearance, what has stopped him from getting another go?

The questions regarding the Saurashtra skipper goes on endless, and him not featuring for India in the longest format for more one Test stands a mystery tall. A mystery as tall as the left-arm pacer himself, who has been making the right noise in the domestic circuit for some time. Reward wise, he has won a Ranji trophy along with which he's won an IPL contract - for three straight years. However, an Indian place remains elusive. In 2020, nothing has changed, India continues to have their pace troika intact, after an embarrassing loss at the hands of the New Zealand side away from home.

Thousands of miles away from the Basin reserve, the 28-year-old from Porbandar, hit the right length, probably for the nth time this season. His form has been the one that has dragged Saurashtra into the finals, where they have belonged four times in the past decade. And, in the past, it has led to him playing for India, in 2010. When India’s pace spearhead Zaheer Khan was limping away after being injured, the management decided to throw the then 18-year-old Unadkat into the mix. He was immediately on, bowling against the likes of Graeme Smith and Alviro Petersen in Centurion. After the innings, he too, became a centurion, for the wrong reasons. And, plausibly or not, it was the last time we had seen the left-arm seamer donning the whites for India.

Away from that, on the domestic circuit, he bowls in and out at Rajkot, a ground which has been known to be a batting paradise. A pitch which needs the bowlers to put in the donkey’s efforts to gain some result, bending backs in the heat. But that never stopped Unadkat from being the bowler he has become, running in hard, toiling, putting the right amount of efforts in getting a result. While the batsmen are comfortable on their haunches, having a glaze over the pitch and the conditions, they seemed to be illusional-y trapped season after season by Unadkat’s spells.

He is not the most daunting bowler around the country, but the way he operates, it leaves batsmen dead by the end of the day. This season, his closest competitor to the top wicket-taker list is a spinner in the form of Sanjay Yadav. Whilst Yadav has taken 55 wickets in nine first-class games, they have come in the plate-group, which is not even close to being in comparison with the elite groups.

In this season alone, Unadkat has picked 65 wickets in 15 innings, at an average of 12.16, breaking a 21-year-old record for the most wickets taken by a pacer in a single Ranji Trophy season. Previously, the record was held by Karnataka pacer Dodda Ganesh, who picked up 63. And, more so, he strikes every 25.6 deliveries in the Ranji Trophy this season, in a tournament that is heavily lopsided in the favour of batsmen and spinners. This season, incidentally, he also crossed the 300-mark barrier for Saurashtra, taking his tally up to 325 wickets in the whites. Whilst spinners get a rank-turner on Day three and four in most parts of the country, the pacers have very few overs and time to leave a long-standing mark on the tournament.

That hasn’t hindered Unadkat. The second best bowler in the team for Saurashtra is Dharmendrasinh Jadeja, one from the other mould of Ravindra Jadeja. And the left-armer has bowled 347.4 overs, picking up 29 wickets at an average 32.89, which is a distant far from what Unadkat has achieved. Every performance, every dismissal points out how effective the Saurashtra pacer has been, can be. On his debut, India conceded 620 runs to the dominant South African team, with Unadkat conceding 101 of them, without any rewards in the blazing African heat. He did trouble the batsmen a couple of times, but apart from that, had a pretty quiet game.

Following that, despite being genuinely good season after season, his name came to the limelight only when he signed up with the Rising Pune Supergiant in their second season. Under the tutelage of MS Dhoni, he brought out his best form with the white-ball, showing the 101s of variations to the batsmen, outfoxing and outdoing them at their own game. More so, following the excellent season, his name was always on the north of the ten crore mark, with franchises pulling each others’ hair for getting the bowler on board. Thanks to his exploits, he started becoming a regular in the Indian team in the T20Is, picking up 14 wickets, but all at what cost?

The Indian management has always had the issue, where they mix players with formats, they did it recently with Shivam Dube. But one player who has been a long-standing name in the list is Unadkat himself. While his successful season in the IPL did not help his cause, his best has come with the red-ball. With the capability of playing in the harshest of conditions - where the pitch has nothing really on offer - Unadkat has punched beyond his weight. Once again, in the encounter against Gujarat, when the side was out and down, with Parthiv Patel and Chirag Gandhi dominating the proceedings, his presence was there.

After Tea, with Gujarat needing just over 100 runs in the final session - which had 33 overs - the game seemed to be heading towards the wrong direction for Saurashtra. But this is exactly where Unadkat excels, and, on Wednesday, where his presence felt ever-so-big. A 158-run-partnership between the two Gujarat batsmen came screeching down, and the person waiting for them at the station, RJT, was the Rajkot-master Unadkat. Until then, he had picked up just three wickets, all early on in the innings. However, he picked himself up straight off after Tea and put Saurashtra in the driving position.

Steaming in at Rajkot, he got the big fish ‘Patel' out, and after that, just wrecked his way into the tail and won the game out of nowhere. As anti-climatic as Randy Orton pulls off his ‘RKO,’ out of nowhere, Gujarat were stunned, and submitted themselves to a resounding loss in the end. With the left-arm seamer only 28, he surely should be in the reception, when the time comes for him to get into the national team.

And when better than at a time when the team needs something new, something that they've lacked to be a power-house after Zaheer Khan left them in a hole - to get a left-arm seamer back in the team. With performances like these season after season, it should only be a matter of time before Unadkat stops knocking on the door and, instead, breaks it down. All focus might be on the returning Cheteshwar Pujara, but we, for a fact, know that there will be one certain figure who will keep elevating cricket in Saurashtra to a level higher than before.