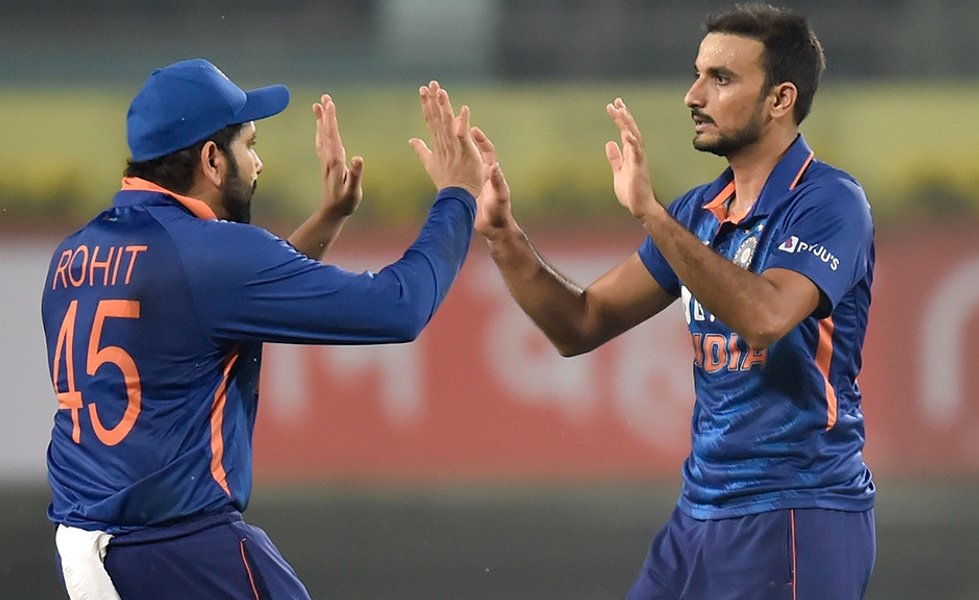 Harshal Patel has been ruled out of the Asia Cup 2022 due to side strain.

As per Cricbuzz, India's versatile fast bowler Harshal Patel will miss the upcoming edition of the Asia Cup, starting on August 27 due to a side strain. The report further suggested that Harshal, with the latest setback, could also be a doubtful starter for India in the next T20 World Cup.

According to the latest report by Cricbuzz, India's T20 specialist seamer Harshal Patel is set to miss the 2022 Asia Cup, commencing on August 27. The 31-year-old, who is currently in West Indies for India's five-match T20I series, has not played once in the first three games in the series due to a side strain.

"Harshal Patel is set to miss the Asia Cup and could be a doubtful starter for the upcoming T20 World Cup. He is learnt to be suffering from a side strain and cannot be considered in the squad for the continental championship, the team for which will be announced on Monday," the Cricbuzz report read.

Considering Avesh Khan's poor form, many expected Harshal could make a return in the fourth match, which is about to begin by the time of writing. However, with the latest update on him from Cricbuzz, their hopes shattered.

Having taken a 2-1 lead, Rohit Sharma-led India are currently in Florida for the fourth T20I against West Indies.