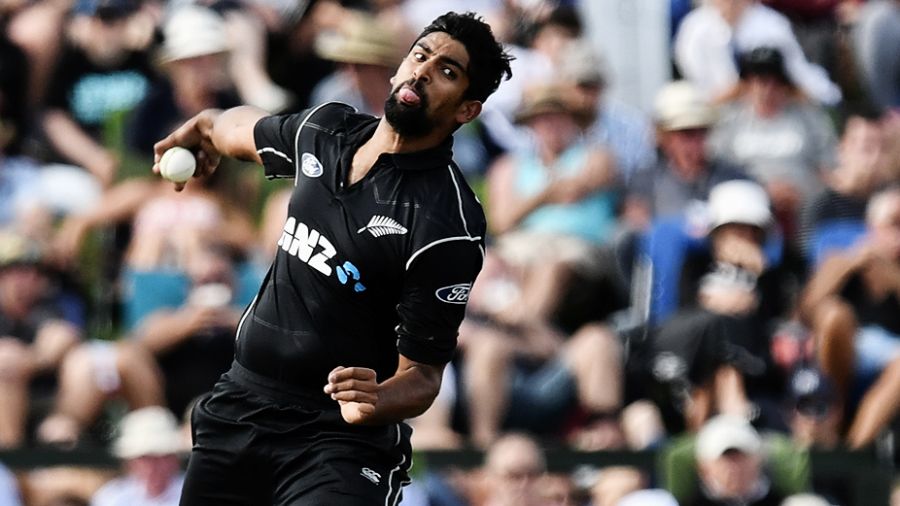 Ish Sodhi will return to Test cricket for the Pakistan series

New Zealand have announced their squad for the two-match Test series against Pakistan and Ish Sodhi will return to red-ball cricket after a long gap. Also, Glenn Phillips will make a comeback in the Test side after a couple of years while they have retained Blair Tickner from the previous series.

After the conclusion of the ongoing series against England, Pakistan are all set to host New Zealand for two Tests and three ODIs. The series will also mark the return of Ish Sodhi to Test cricket as New Zealand have included the spinner in the squad for the series. Sodhi last played a Test match in November 2018 against Pakistan. With 279 wickets from 88 first-class games, Sodhi will have a chance to cement a regular place in the Test team.

Glenn Phillips is another name to return to the team sheet and will play his first red-ball game after 2020. Head coach Gary Stead stated that they are backing skills and experience of Sodhi.

"It's always an exciting time for a player to be selected in a Test squad and even more so when you've been away for an extended period of time. Ish has been playing international cricket for almost a decade now and we're backing his skills and experience,” Stead stated, reported Cricbuzz.

Trent Boult has made himself unavailable for the series while Kyle Jamieson is ruled out due to a back injury. Also, they have retained Blair Tickner who was part of the home series against South Africa and the away tour of England. Stead opined that his genuine pace and ability to extract bounce will be handy in the sub-continent.

"Blair's been with the group for our past two-Test series and we believe he's very much ready for Test cricket. He has genuine pace and gets good bounce which is a real asset to have in sub-continental conditions," he reckoned.

Squad News | The first Test against @TheRealPCB starts in Karachi on Boxing Day.