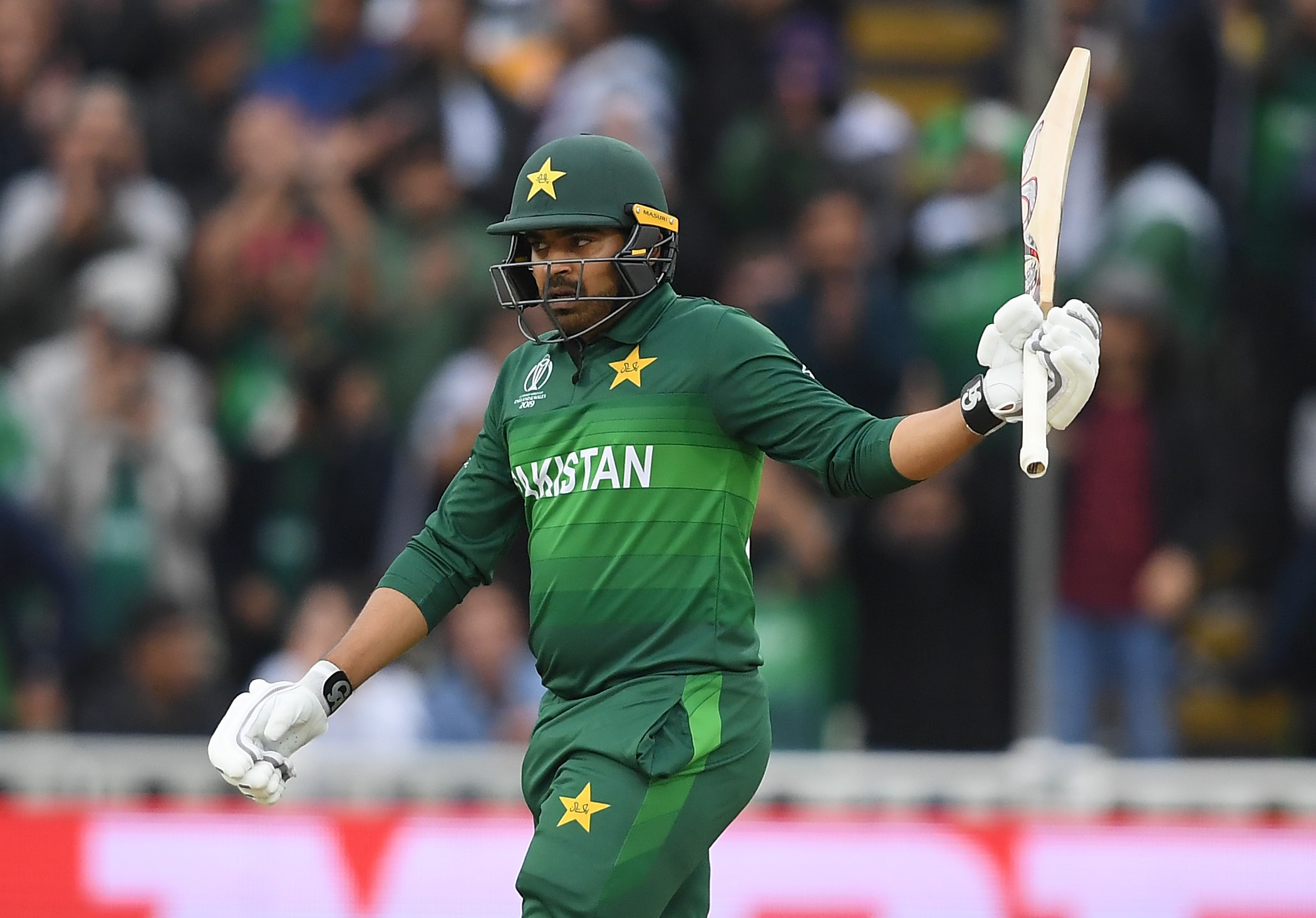 Pakistan have announced their squad for the three-match ODI series against New Zealand, handing a recall to Haris Sohail and Fakhar Zaman. The squad announcement also involved maiden call-ups for Tayyab Tahir, Usama Mir, and Kamran Ghulam for their performance in the Pakistan Cup.

Pakistan have handed a recall to middle-order batter Haris Sohail and opener Fakhar Zaman for the three-match ODI series against New Zealand. Sohail played his last ODI in 2020 against Zimbabwe while Fakhar last appeared in ODIs in August against the Netherlands. The side also includes new entrants Tayyab Tahir, Usama Mir, and Kamran Ghulam owing to their performances in the recently concluded Pakistan Cup. Interim Chief Selector Shahid Afridi stated that they want to provide opportunities to consistent performers before the start of the Asia Cup.

"We had limited ODI cricket last year and this year, we are scheduled to play 11 ODIs before we participate in the ACC Asia Cup, followed by the World Cup in conditions that will be familiar to us. So we aim to make optimum use of these 11 ODIs by providing opportunities to our consistent performers that will enable us to select the best available players for the two important tournaments,” Afridi stated at a press conference.

Tayyab was the leading run-scorer in the One Day Cup with 573 runs from 12 at with an average of nearly 48 and a strike rate of around 100 for Central Punjab. Ghulam was the fourth-highest run-getter amassing 435 runs across six innings while averaging 145 at a strike rate of 101.16. Mir has also been rewarded for his performance in the tournament, taking 28 wickets in 11 innings at an economy of 5.38.

Shadab Khan had to be left out of the squad after he sustained a finger injury in the Big Bash League. Scans revealed a fractured index finger and the bowler has been advised to rest at least for three weeks. Reflecting on Shadab’s injury, Afridi hinted that the Pakistan players might not be given NOC during the domestic season to play elsewhere.

"I'm totally against letting players go abroad to play cricket while the domestic season is ongoing. During the off-season, they should absolutely be allowed to go. We've allowed some players to go to the Bangladesh Premier League, but I've told all the boys they need to be back 10 days before the PSL. It's Pakistan's league and brand, and it needs to be given time,” he explained.