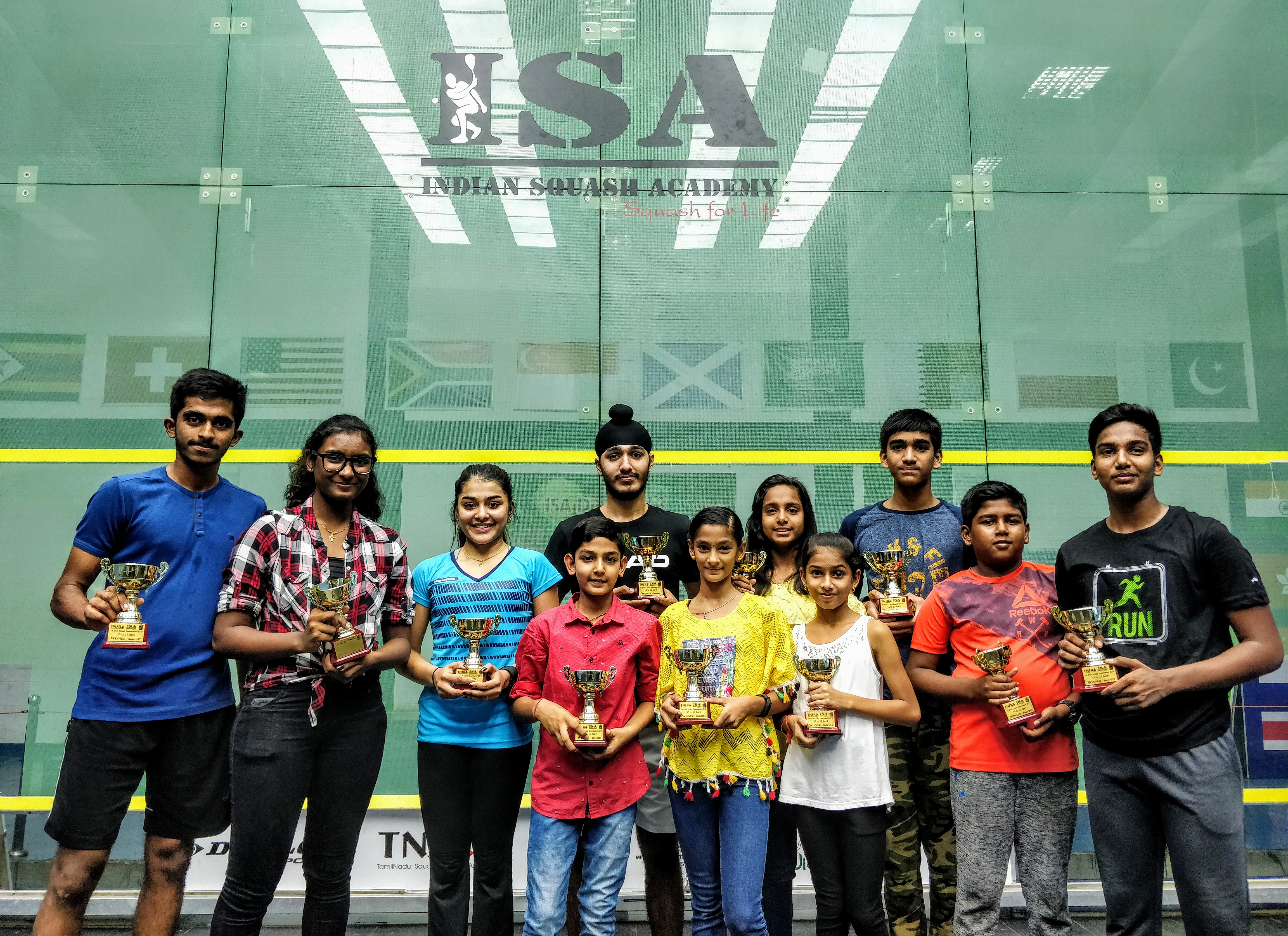 Tamil Nadu Squash Rackets Association under the aegis of the Squash Racker Federation of India announced that the 77th Senior National Squash Championship is to be hosted in Chennai at the Indian Squash Academy from February 9th and goes till the 15th. The series returns to Chennai after nine years.

The 77th Senior National Squash Championship is to be hosted by the Tamil Nadu Squash Rackets Association under the aegis of the Squash Rackets Federation of India in Chennai at the Indian Squash Academy (ISA) from February 9 to 15. The event is being organised as part of ISA's 20th anniversary. It is to be noted that February has become the month for the national championship in tune with the suggestion by the WSF and PSA that this was the period when activities on the professional circuit turn lean and thus the ideal time for all squash-playing countries to host their respective national championship event.

The national championship returns to Chennai and to ISA after a gap of nine years. It was in 2011 that the event was last held at the Academy. This will also be the fifth time that the ISA would be staging this prestigious Championship after 2002, 2005, 2007 and 2011. The additional significance of the Championship this time is that the performance here would be a criteria for the selection of the men’s and women’s squads for the Asian Team Championship scheduled in Kuala Lumpur from 25th to 29th March.

In all 402 entries have come in from 25 States and this includes the top ten ranked women in country and top seven in the men’s section.  Competitions include aside from regular men’s and women’s sections, pro-Coaches, men-over 35, over 40, over 45, over 50, over 55, over 60 and over 65 sections. The two leading men and women contenders are 17-time record holder and defending champion Joshna Chinappa in the women’s section and 12-time record winner Saurav Ghosal in the men’s.  Defending champion Mahesh Mangaonkar is not participating. Among the other ranked men’s contenders include Ramit Tandon, Abhishek Pradhan and Harinder Pal Sandhu and in the women’s there are last year’s runner up Sunayna Kuruvilla, SAG gold medallist Tanvi Khanna and Urwashi Joshi, among others.

On the return of the nationals to Chennai, Mr N. Ramachandran, whose vision it was behind the setting up of the ISA, President TNSRA and Patron SRFI said “it is truly satisfying to note that the championship is to be conducted again at the ISA. This will be the fifth time and over the years the players have risen in their standing and if we have so many world-ranked players participating then that reflects the rising stature of Squash in India. May the good work continue and there be more success stories from the ISA in the days ahead,” he added.  The Secretary-General of SRFI Mr Cyrus Poncha said “what is heartwarming is the bigger field for this championship. With the Asian Championship in sight, the Championship is bound to produce some high-quality competition. It is a measure of the top- quality facilities at the ISA that the championship has been allotted to it,” he added.

As part of the 20th anniversary celebration of the ISA, a function is being got up on the day before the final (Feb 14) and one of the  highlights would be felicitation of all the 30 trainees who had accounted for the 70 odd national championship titles (all age groups) associated with the ISA since 2000, a landmark achievement of the Academy.

Meanwhile as per the schedule (10 am to 5 pm until quarterfinals) of the Championship, all the eight courts in the Academy would witness action. Qualifying rounds will be held from February 9 to 11. First round on Feb 12, Quarterfinals on Feb 13 and semi-finals (from 2 pm) on Feb 14. The final on Feb 15 will start from 2.45 p.m.  The Chief Guest on the final day will be Inspector General S. Paramesh, Commander, Indian Coast Guard (Eastern Region), an avid squash player himself.