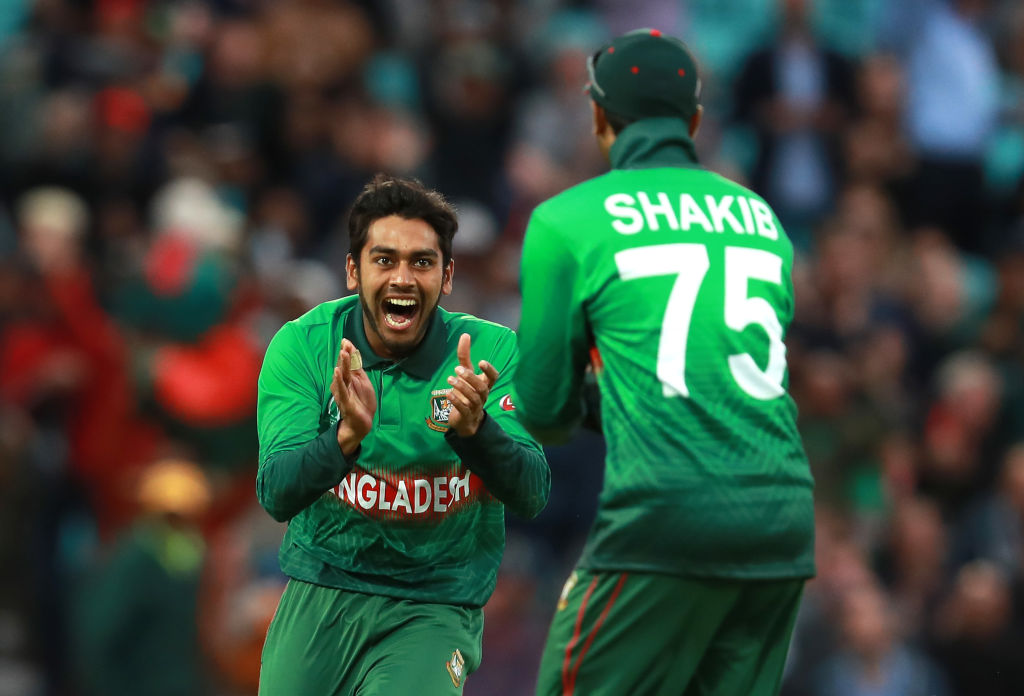 In the ongoing D/N Test where there have been two concussion substitutes for Bangladesh already, it’s clear that light has been a problem for the visitors. But the way Mehidy Hasan Miraz turned it into an advantage, shows us that it was a piece of pure luck. Something to be watched over and over.

In ongoing the pink ball Test, Mehidy has only come in for Bangladesh as bad news. First, he was the concussion substitute for Liton Das and in the second innings, he came in early after set batsman Mahmudullah was retired hurt after a hamstring pull.

Batting on 5, facing a short ball aimed at his body from Shami, Mehidy left the fate of that delivery completely to his luck. Fortunately for the batsman, who had no clue where the ball was and tried to pull anyway, the top-edge landed safely into the stands as flew over the third man.

Not just the bowler, who was trying to be ferocious with his bouncer, but every single Indian player on the field was stunned by the outcome. Pujara, the third man fielder himself, gestured that he had no clue where the ball was when it indeed flew over him.

Mehidy must have been really relieved with that shot landing safely more than anything. For India, though everyone from Virat Kohli to Mayank Agarwal were shocked as according to the commentators it was something that was “never seen before”.

Something you have never seen!

One of a kind!

Peculiar deflection by Mehadhi of Shami to Six. Can be first time in history. #PinkBallTestMatch #INDvBAN

That definitely took insane guts to hook that after watching so many of his countrymen get hurt!

Mehidy Hasan comes across as a gutsy cricketer. Had the courage to pull Shami for a six. #INDvBAN #PinkBallTest

Maybe this is the reason why he got that insane six!

Mushfiqur Rahim giving tutorial lessons to Mehidy Hasan after all but every ball. Irritating. #INDvBAN

But his luck ran out!

Good ball from Ishant and Mehidy edges it straight to Kohli at first slip. Ishant takes his fourth of the innings. Mehidy Hasan c Kohli b Ishant 15(22) #INDvBAN pic.twitter.com/YG6FK4lxYU

What is going on here?

I am no lip-reader but sounded like Ishant was saying some fun things to Mehidy Hasan.#INDvBAN #PinkBallTestMatch