AUS vs WI | Have to do it my own way, remarks Steve Smith upon being confirmed captain for second Test

AUS vs WI | Have to do it my own way, remarks Steve Smith upon being confirmed captain for second Test 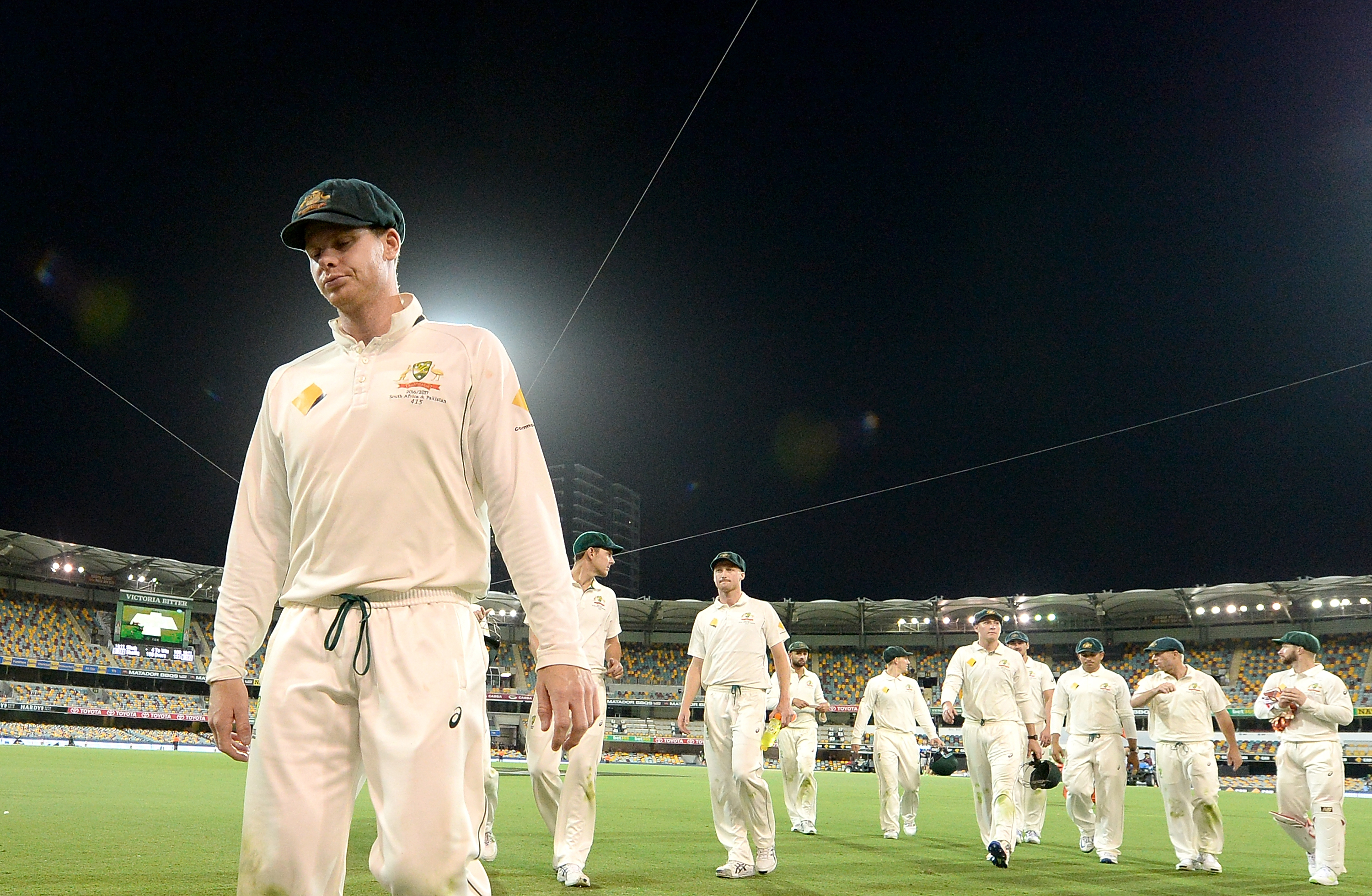 Steve Smith has stated he will lead the team in his own style albeit he reaffirmed he will stick by the plans drawn up by Pat Cummins and the team in the initial phases of the game. He went on to compare the scenario with last year's Adelaide Test and his own condition heading into the game.

Cricket Australia has confirmed Pat Cummins will miss the second Test against West Indies at the Adelaide Oval owing to a quadriceps strain and while Scott Boland will replace him in the playing XI, captaincy duties will fall onto the incumbent vice-captain Steven Smith. The star batter revealed he was expecting the news, unlike last year's pink ball Ashes Test at the same venue where Cummins was ruled out at the last moment due to COVID-19 protocols and Smith learned of his ascent only on the morning of day one.

"We thought it might have been a possibility that Pat wasn't going to play, so there's a bit more time to prepare for this game than last year. That was a bit chaotic," Smith told reporters at Adelaide Oval on the eve of the second Test, reported cricket.com.au.

Smith first became the Australian red-ball skipper as a stand-in for Michael Clarke in 2014 but later took over permanently in 2015. He led the team in 34 Tests until 2018, tallying 18 wins and six draws to secure his name amongst the most successful skipper in his country's storied history in terms of winning percentage.

"I have to do it my own way, I can't try to be someone else. When something like this happens, we've obviously got plans in place for certain (opposition) batters but ultimately it's whatever the game entails, and what needs to be done," Smith remarked of his upcoming challenge.

The veteran got to lead his 35th Test against England in 2021 and helped his team register a mammoth 275-run victory, marked with two well-time declarations.

"I'm pretty chilled. I took over the game here last year and thought it worked pretty smoothly. Whenever they want me to stand in and do a game here and there, I'm more than happy to, but Patty's the man so I'll help him in any way that I can. When he's not fit and ready, I'll stand in and do what I need to do," the 33-year-old said.

Smith led the team briefly on day four of the opening encounter as well after Cummins had to walk off to receive treatment but was quick to hand over the reins to the quick once he returned to the field.

"It's Pat's team, so as soon as he came back out it's like 'it's all yours, go for it," Smith explained.

Smith the batter was in great nick in Perth, scoring a flamboyant double-century in the second innings before following it up with a quick cameo in the second, remarkably going unbeaten through the entirety of the match despite facing a total of 340 balls. However, the number four batsman was going through minor injury struggles himself, having flared up a nerve in his hip.

"I'm good, I woke up this morning and my hip's as good as it's been in about ten days, so I'm happy with that. I was pretty uncomfortable last game, particularly in the field more than anything and hopefully, I can squat a little bit lower than I did last game. It was just a random flare up, because I pinched my nerve and did that myself," Smith divulged.

With over 8,000 Test runs and an average of 61.62, Smith affirmed he is keeping expectations at bay given his age.