IND vs ENG 2022 | Want to play in the big occasions, beams Richard Gleeson

IND vs ENG 2022 | Want to play in the big occasions, beams Richard Gleeson 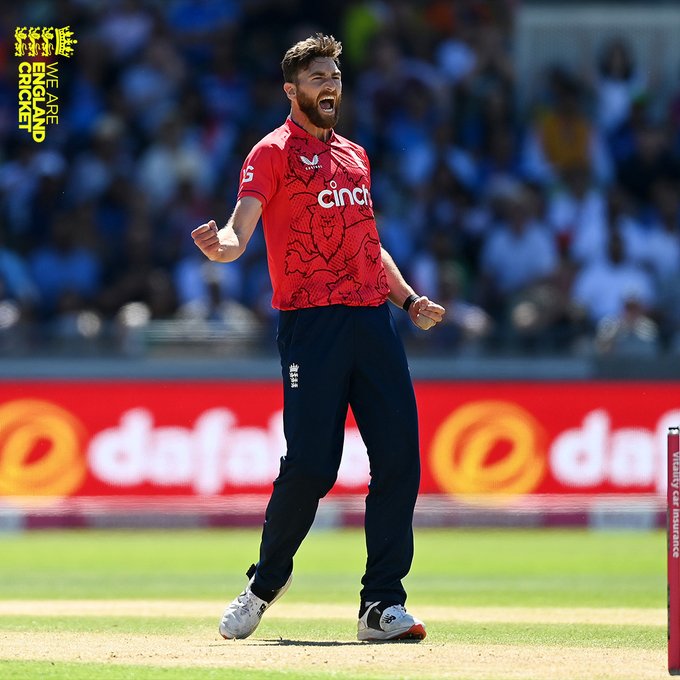 Richard Gleeson expressed ambitions of featuring in the upcoming T20 World Cup after finally making his debut for England in the recently concluded series against India. The pacer went on to reveal he didn’t expect to play for the national side, before talking about his long-term back injury.

Richard Gleeson has officially joined cricket’s late bloomers club after making his debut for the national side at the age of 34. The right-arm fast-medium impressed in his first appearance for the Three Lions, scalping the big wickets of Virat Kohli, Rohit Sharma and Rishabh Pant all in quick succession. He went on to record figures of  3/15, before adding another wicket to his tally in the final T20I.

With the ICC T20 World Cup just around the corner, the pacer is hopeful of securing himself a spot in the squad that’ll fly to Australia for the marquee event.

“You want to play in the big occasions, don’t you? So, yeah, why not? I’ll just look towards the next game and go from there,” Gleeson said in a post-match press conference.

Having first played professional cricket at the age of 27, it has been a steep rise for the Lancashire-born man over the last decade. Consistent performances in the Natwest T20 Blast have eventually landed him an opportunity to represent his national side, something Gleeson reveals to be cherishing.

“(England selection) wasn’t anywhere near my radar. It was just to play the highest standard that I could. I just want to keep playing cricket and enjoying it, playing for as long as I can. Who knows? If I keep performing, anything could happen," he stated.

The speedster’s first breakthrough came when he was named in the England Lions squad for an Australia tour in 2020. However, later in the year, he suffered a stress back fracture that ruled him out for the entire year as well as the first two months of 2021. Nevertheless, Gleeson has come back strong to finally make his debut, admitting he never gave up on the dream.

“It wasn’t me contemplating retirement. It’s something that would have been forced upon me. (The recovery) was a long, slow process. Unfortunately, because of my age, it takes a little bit longer to heal from things like that. But (playing again) makes it all worthwhile," he remarked.

Gleeson’s next international assignment is expected to be the three-match T20I series against South Africa later this month.