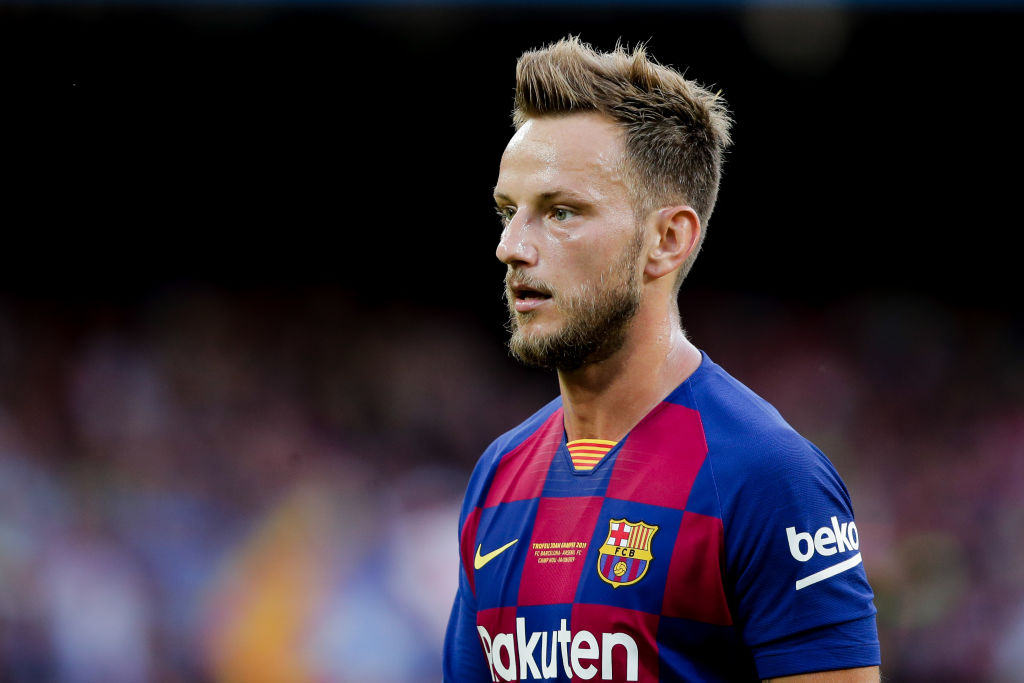 Inter Milan are reportedly keen to bolster their midfield and are hoping to sign Ivan Rakitic from Barcelona despite adding two midfielders in the summer. The Croatian has fallen out of favour at Camp Nou and has seen Frenkie De Jong and Arthur rise above him in the club's pecking order.

Inter’s start to life under new manager Antonio Conte has been excellent as they sit second in the Serie A table one point behind leaders Juventus. Conte has strengthened the side with quality signings like Romelu Lukaku, Stefano Sensi and Nicolo Barella with all three doing very well. Now the Italian remains keen on adding more thrust to Inter’s midfield and is ready to launch an official offer for Ivan Rakitic in January, Spanish news outlet Sport has reported.

The Nerazzurri and Barcelona have a good relationship and Conte feels that he can work out a deal for the Croatian midfielder who has struggled for game time this season. The former Sevilla midfielder was an undisputed starter in Barcelona’s starting line up under manager Ernesto Valverde until last season before a string of bad performances that lead to crucial losses forced Valverde to rethink Rakitic’s position.

Additionally, the £75 million signing of Frenkie de Jong has made it clear that Barcelona does not want Rakitic with the Dutch international replacing the Croatian midfielder. The 31-year-old was offered as a part of the deal of Neymar, which would have seen Rakitic swap Barcelona colours for Parisian blue, but with the deal failing Rakitic remained at the Nou Camp. The club warned him that they would not renew his contract and this summer he could also leave for Paris in the middle of the Neymar operation.

A move to Inter presents him a chance to restart and with Conte’s methods and philosophy he is likely to fit in the Inter’s team very well.  The Nerazzurri might have to spend in the region of £30 million, as reported by the Sport, but are also monitoring Nemanja Matic who would be cheaper.