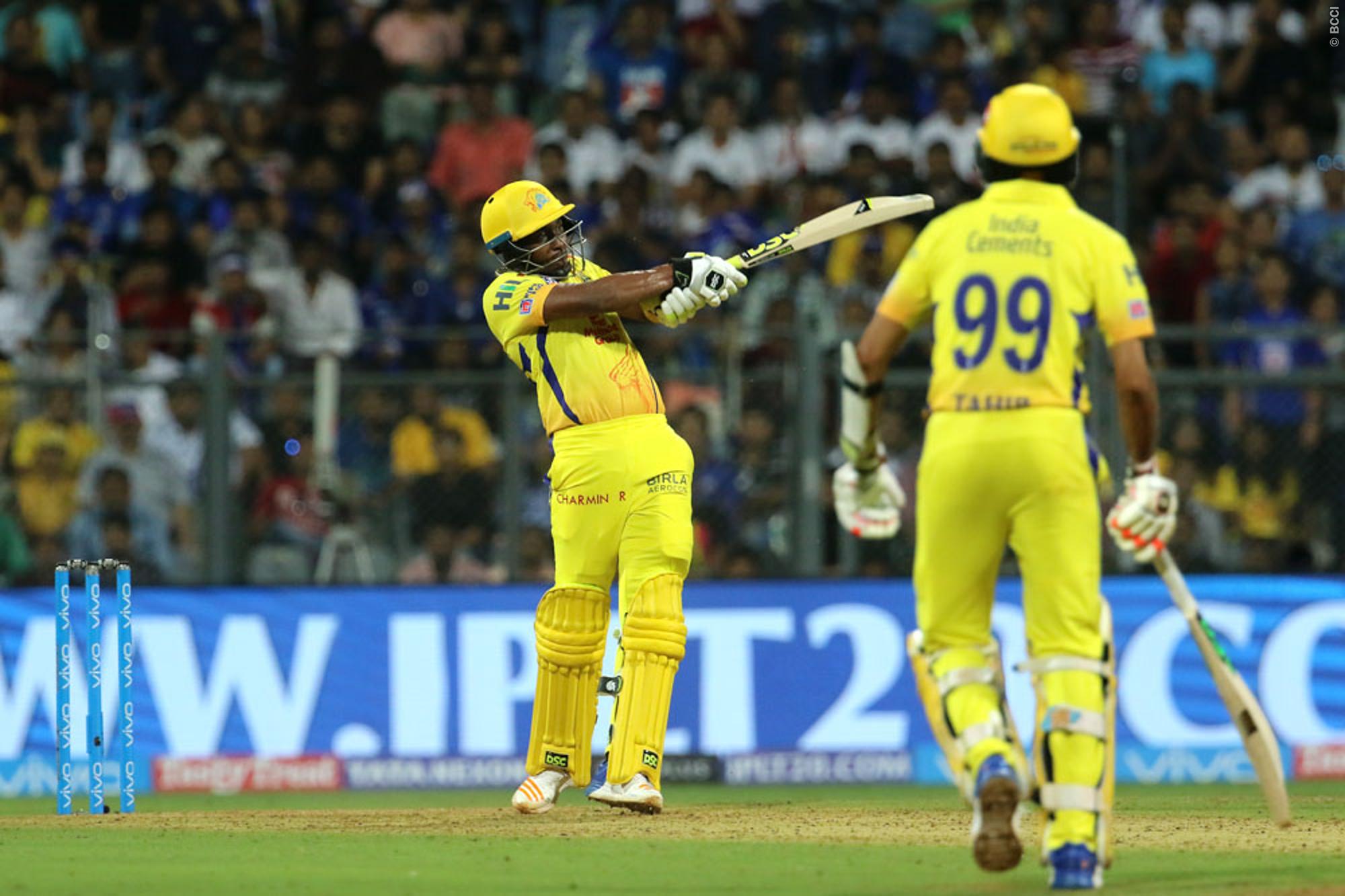 When every hope of Chennai Super Kings died, Dwayne Bravo and Kedar Jadhav rose to the occasion and gave the franchise a nerve-wrecking win in the season opener against Mumbai Indians. Bravo scored an insane 68 off 30 balls and Jadhav sealed the game with a six and four in the last over.

On a track which had amount of grass on it, MS Dhoni had an easy decision to make on his return to the league with CSK, and he, unsurprisingly, opted to bowl first. While Rohit Sharma, while acknowledging that he had wanted to bowl first as well, stated that he was confident about his team’s ability to put up a very good total on the board.

Cameos save the day for Mumbai after initial hiccups

The amount of grass on the surface kept MS Dhoni interested as he employed his two pacers - Deepak Chahar and Shane Watson - to start off the proceedings and the duo stood tall to the faith by bowling economical overs. Evin Lewis particularly struggled to counter Chahar and was caught plumb in the third over to make way for young Ishan Kishan. Although Kishan tried to open his arms from the very beginning, he struggled against some terrific CSK bowling as the hosts were restricted to 43/2 after Rohit was dismissed by Watson. However, Suryakumar Yadav and Kishan made sure that there was way to go after that - upwards. The duo treated the CSK bowlers with absolute disdain and milked runs for fun mostly on the short straight boundaries. After dismissing the duo, if the CSK team would have breathed a sigh of relief, they were in for some more disappointment as the Pandya brothers - Hardik and Krunal - kept piling on runs for fun to guide the team to a par total of 165/4. But the end was totally out of the script as Hardik collided with Dwayne Bravo on the last ball of the over and had to be stretchered off the field.

166 was certainly especially because of the small boundaries of the Wankhede Stadium and Chennai needed their openers - Watson and Ambati Rayudu - to unleash some early fireworks, but the pair decided to go slow and when the former got out, the team found themselves at 27/1 in 3.4 overs. However, what happened after that would leave any Chennai fan disgruntled as Mumbai’s rookie leggie Mayank Markande kept mixing up the googlies and conventional balls trouble the CSK batsmen. The Punjab spinner just conceded four runs in his first two overs and was able to take the wicket of Rayudu and MS Dhoni and also had a sure LBW decision against Kedar Jadhav turned down by the umpire. However, the loss of four wickets in quick interval meant CSK had all but handed the game over to Mumbai. The only hopes for the team the pair of Kedar Jadhav and Ravindra Jadeja to give the team some resistance, but the unlike hero was going Bravo, who came in and conquered the Wankhede arena as his own. He hit sixes for fun in the last two overs and took the team much close that nobody could have imagined minutes ago. With seven needed off the last over, injured Kedar Jadhav finally came to the crease and despite playing out three deliveries, he hit a six on the fourth ball off the over and hit a four in the next ball to secure an unlikely win in the game.