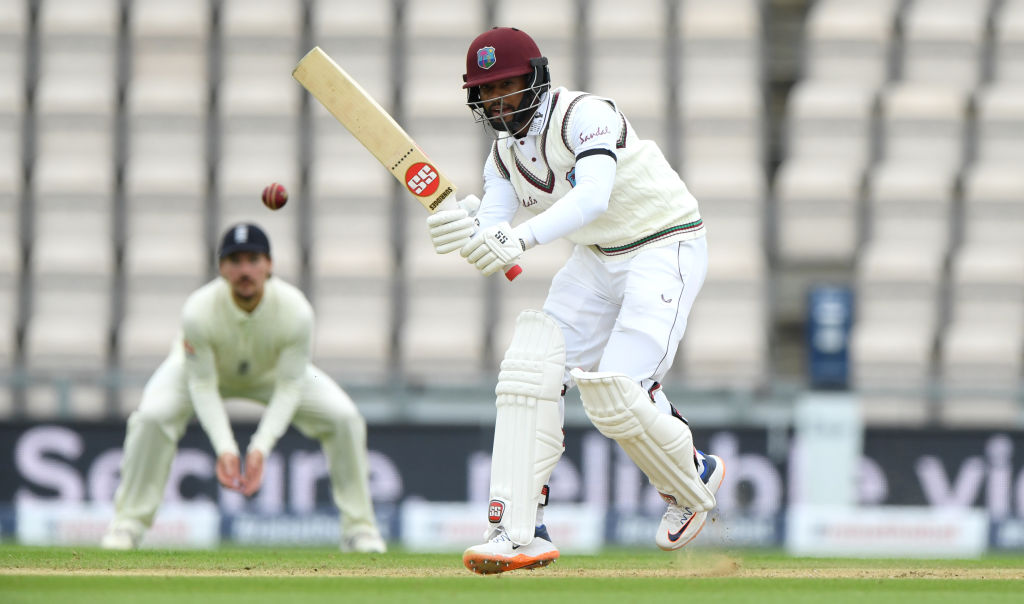 Shai Hope is all set to return to the first XI

On the back of a disappointing 0-0 series draw versus Sri Lanka, the Kraigg Brathwaite-led Windies would be hoping to send a message by dismantling a disjoint South African unit. But despite the odds being stacked in their favour, the hosts have their own share of concerns heading into the series.

Nobody remembers the last time South Africa were ranked below West Indies in Test cricket. A decade ago, branding West Indies the ‘favourites’ ahead of a Test series against South Africa, home or away, would have been considered preposterous. Yet happenings in the longest format over the past few years have been such. While it’s been four years since the Proteas have won an away Test, the Windies, on the other hand, have not lost a Test series at home to a country not named India since the start of 2018. So, in many ways, the forthcoming two-Test series will be alien territory for both sides.

A 0-0 draw against a lower-ranked Sri Lanka is not the start Kraigg Brathwaite would have hoped for, still, there were positives, most notably the continued success of both Kyle Mayers and Nkrumah Bonner. But despite entering the South Africa series as favourites - well, at least statistically - the Windies, too, still have questions for which they’re searching answers for.

John Campbell has finally been dropped - but who opens?

After hoping against hope for an entire year, the Windies selectors have decided to pull the plug on John Campbell. The southpaw endured a promising start to his Test career - scores of 44, 33, 47, 11* and 41 - but, with time, it became evident that he simply did not belong to the highest level. But with Campbell, who lived on borrowed time for an entire year, now axed, who opens?

A logical, like-for-like replacement would be Kieron Powell.  A 40-Test veteran once considered not good enough for international cricket, Powell has made his way back into the set-up after three years, and not necessarily through the weight of runs he’s scored. Powell averaged just 30 in the 2019/20 Regional four-day competition, and his selection is more down to his stature.  The 31-year-old is experienced, has had success in the past at the highest level - 3 Test centuries, including a 134 versus a strong New Zealand attack - and, being a left-hander, will naturally compliment Brathwaite. But there could yet be the temptation to open with Shai Hope, who also has seen himself make his way back into the squad after scoring a ton in the intra-squad warm-up game.

Almost unfathomably, Hope boasts of a lower Test average than Powell, but it goes without saying that the right-hander has a far higher ceiling. The Windies management were desperate to make Hope click in Test cricket and were unsuccessful in doing so while employing him as the #4, but perhaps elevating the right-hander to the top of the order - where he’s had all his success in white-ball cricket - could just do the trick. Did someone say, Rohit Sharma?

Shanon Gabriel has missed out - but can Alzarri Joseph step up?

It was not too long ago that Shanon Gabriel put the fear of god into batsmen. A ‘proper unit’, as they call him, Gabriel, two years ago, was the quickest bowler in the world and was integral to West Indies re-establishing themselves as a force to be reckoned with in the longest format. But things changed post the pandemic. Across his last 8 Tests, despite predominantly bowling in favorable conditions, the pacer averaged 48 and barely claimed a wicket an innings. One wicket was all he took across two Tests against Sri Lanka and Gabriel, since the pandemic restart, went wicketless in an astonishing 44% of the innings. Dropping him, injury or not is the right call.

But the concern for Windies is that Gabriel’s junior partner and potential replacement, Alzarri Joseph, is yet to hit his strides in the longest format. Overall in Test cricket, Joseph averages almost 40 and since the pandemic restart, the youngster has fared worse than Gabriel - 13 wickets in 12 innings @ an average of 52.

Joseph could be vindicated for his dry run over the past 18 months because he did not take the new ball and had a specific role in the team - to hit the deck hard and rough up the batsmen - but now, the 24-year-old, who is coming on the back of a pretty underwhelming county campaign, has added responsibility on his shoulders and would need to step up. The question is, can he?

Jermain Blackwood’s 2020 - a sign of big things or a mere purple patch?

Redemption stories don’t come better than that of Jermaine Blackwood. After being told back in 2017 that he was not good enough, Blackwood tore the domestic scene apart and broke his way back into the national team last year, post which he turned out to be the Windies’ best batsman for no less than six months. Between July and December 2020, Blackwood turned out to be the shining light for the Windies and scored 427 runs @ 42.70, a phase in which he struck a ton away in New Zealand and a match-winning 95 in England. Since then, however, since being anointed the side’s vice-captain, it’s been a struggle for the right-hander. Across his last 8 innings, Blackwood has averaged 19.50, and the two-Test series against Sri Lanka saw him post scores of 2, 4, 18 and 18.

Blackwood has enough credit in the bank to, at the very least, get through the South Africa series. But with Mayers and Bonner fixing their places, it is worth noting that Blackwood’s spot, really, is the only one up for debate immediately, should the management decide to make a change. And with Roston Chase lurking in the squad - potentially Shai Hope too, should he not make the starting XI - there will undoubtedly be the added pressure on Blackwood to deliver against the Proteas.

Blackwood batted as well as any other batsman in the world immediately post the pandemic, but West Indies would be hoping for his run of form to be more than just a mere purple patch.