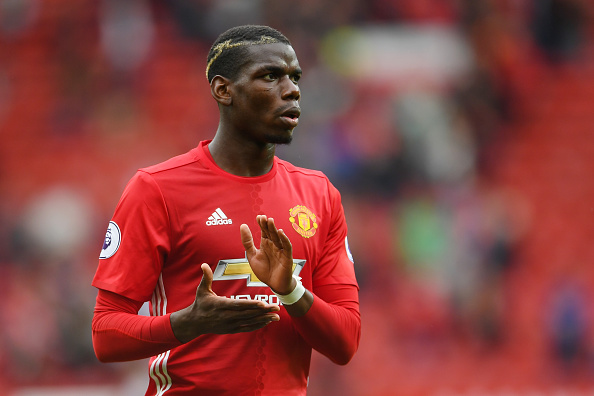 Manchester United superstar Paul Pogba is set to miss at least three more weeks of football as the Frenchman prepares to undergo ankle surgery in an effort to put an end to his ankle problems. Pogba missed Red Devils’ clash with Arsenal as the Manchester club toiled and lost 2-0 to the Gunners.

Manchester United's Paul Pogba needs an operation on an ankle injury and is set to be out for "three or four weeks", according to Ole Gunnar Solskjaer. In an interview with BBC, the Norwegian manager addressed the absence of Pogba from New Year matchday against Arsenal. The Frenchman’s absence was felt throughout the game as Red Devils lost 2-0 to the Gunners with midfielders Nemanja Matic and Fred failing to take control of the game from the middle of the park.

The 26-year-old only made his comeback last month from an ankle problem that had kept him out since the end of September. The 2018 World Cup winner returned to the United squad against Watford and Newcastle after being out for 11 weeks. But his return seems to have been short-lived as Manchester United now prepare to stay away from him for three more weeks as Pogba undergoes surgery and rehabilitation.

“We've had scans and it's nothing major, but it's something that has to be dealt with. He's been advised to do it [the operation] as soon as and we will probably do it as soon as, so he will be out for three or four weeks. It's a big blow because Paul is out now and Scott is also injured - he is out for a few months. We just hope that Paul can come back in a month-ish. But if Fred and Nemanja played like they did today I will be happy,” said Ole Gunnar Solskjaer to BBC.

Pogba’s future remains uncertain with him being repeatedly linked to moves to Real Madrid and Juventus. However, Manchester United won’t allow the ex-Juve man to leave in the January transfer window and Super agent Mino Riola has conveyed this information to his client. A summer move might be on the cards as Zinedine Zidane still hopes of bringing compatriot Pogba to the Santiago Bernabeu.