Philippe Coutinho is a top player who has shown quality his whole career, reveals Emi Buendia

Philippe Coutinho is a top player who has shown quality his whole career, reveals Emi Buendia 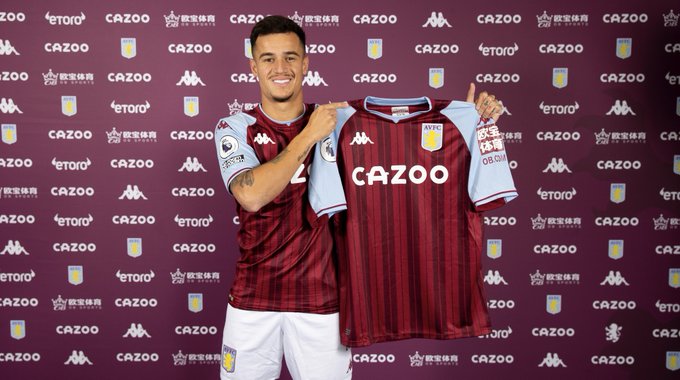 Aston Villa midfielder Emi Buendia has admitted that new signing Philippe Coutinho is a top player who has been outstanding during the entirety of his career and hopes to learn from the Brazilian. The Brazilian midfielder completed his transfer to Villa Park from Barcelona earlier this week.

Philippe Coutinho made his long=anticipated return to the Premier League earlier this week as he moved from Aston Villa to Barcelona and thereby ending his disappointing spell with the Blaugrana. The Brazilian signed for reported fee of £105 million but the 29-year-old endured a difficult spell at the Catalan club as he failed to replicate his sensational form with Liverpool at Barcelona.

Coutinho did, however, make 106 appearances for the Spanish giants while scoring 25 goals and registering 14 assists across all competitions. Yet, Barcelona looked to offload the Brazilian this month as they looked to make their wage bill smaller and because of his underwhelming performances as well.

A loan move to Villa Park materialized with an option to make the move permanent as Coutinho aims to link up under his former teammate Steven Gerrard and rejuvenate his career. Villa midfielder Buendia praised the Brazilian for the quality he has displayed throughout his career and hopes to learn from him during his spell at Villa.

"Of course, a top, top player. He has shown his quality during his whole career - he was the best player at Liverpool. He has shown what he can do in this league. He can bring a lot of quality to the squad and to the games, so it's a really good opportunity for everyone here to play with him,” Buendia told Sky Sports.

"Obviously, we are similar players, we want to create and dribble - but we can play together with our team's style and formation. We are quite flexible to play in different roles and positions. So yes, we can play together and I hope to, because I can learn a lot from a player like him."