This season is crucial and it’s reason why we improved our team, claims Joan Laporta

This season is crucial and it’s reason why we improved our team, claims Joan Laporta 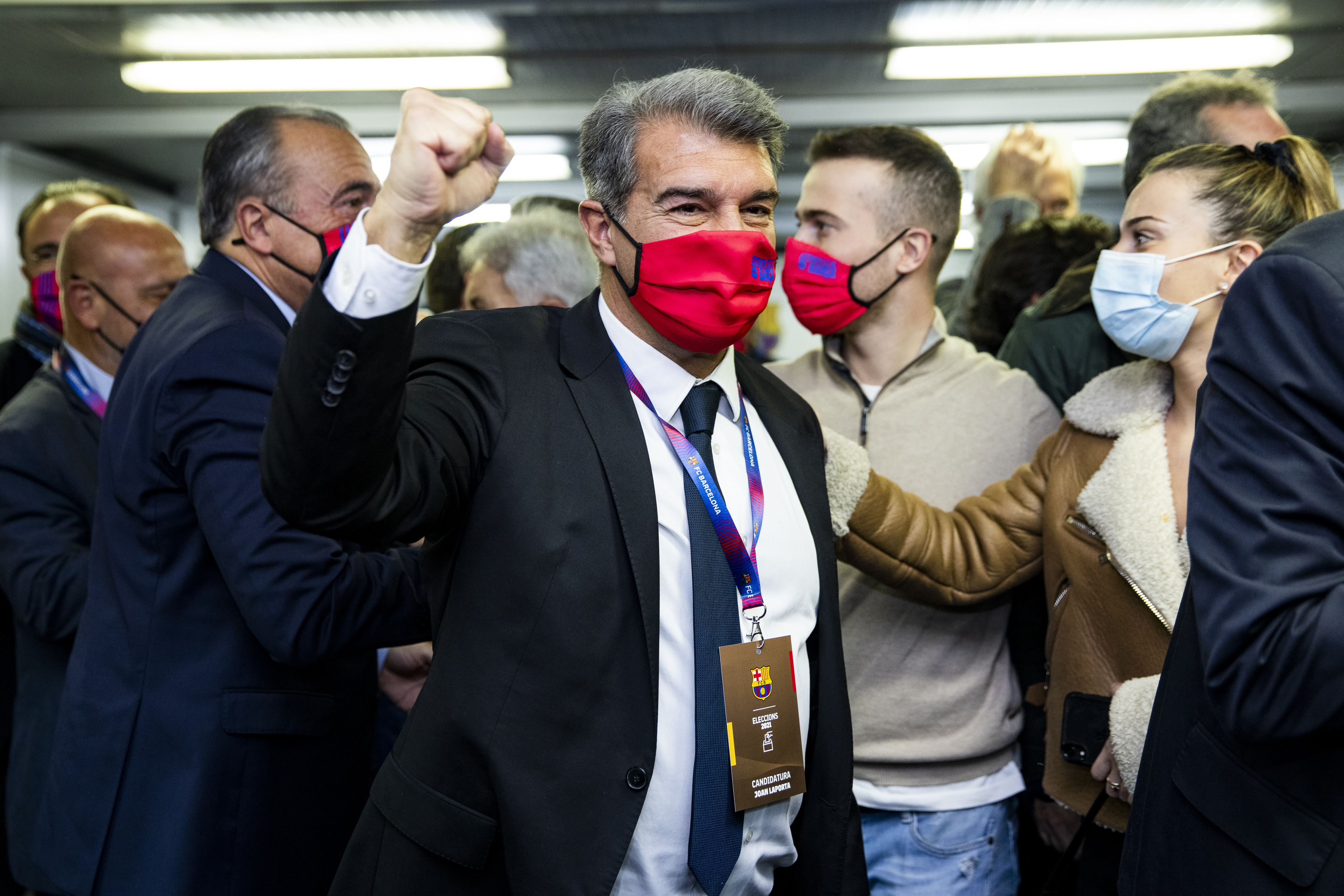 Barcelona president Joan Laporta has revealed that the 2022/23 season is crucial for the club and it’s the reason why they improved their team and reworked their finances this summer. The La Liga giants have spent heavily this window, bringing in five new players including Robert Lewandowski.

After fighting back and finishing second in the La Liga last season, it has many fans and critics alike excited at what Barcelona can do under Xavi Hernandez going forward. The Barca legend turned things around for the club in the second half of the 2021/22 season and the club have spent the summer bringing in new faces. That includes the likes of Jules Kounde, Raphinha, Andreas Christensen, Robert Lewandowski and Franck Kessie.

However, given the club’s financial situation, it has many wondering how Barcelona have managed to spend so much money but La Liga has confirmed that the club has sold 25% of their future TV revenue to fund this summer. That was further confirmed by various club statements and Joan Laporta admitted that the reason they did that was because this season is a crucial one for them. Not only that, the Barcelona boss added that the club is getting better “in terms of financials” but still has a long way to go.

“It’s crucial, this season. It's the reason why we improved our team, reworked our finances and developed a strategy: to put Barca as a reference of the football world. We are working in the right direction now and we know what we have to do. I am sure that we will do it again because I did it during my first period as a president. We are working to do it again," Laporta told GOAL.

"In terms of financials, we are getting better. That's very important, because it has been a year that we worked very hard on this issue. In terms of the players that we signed this summer, we are really happy because our sporting department, they are working very well and they did their best to improve our competitive team. Yes, I'm happy. I'm happy, more than happy because now we will be waiting for the results of all of this."