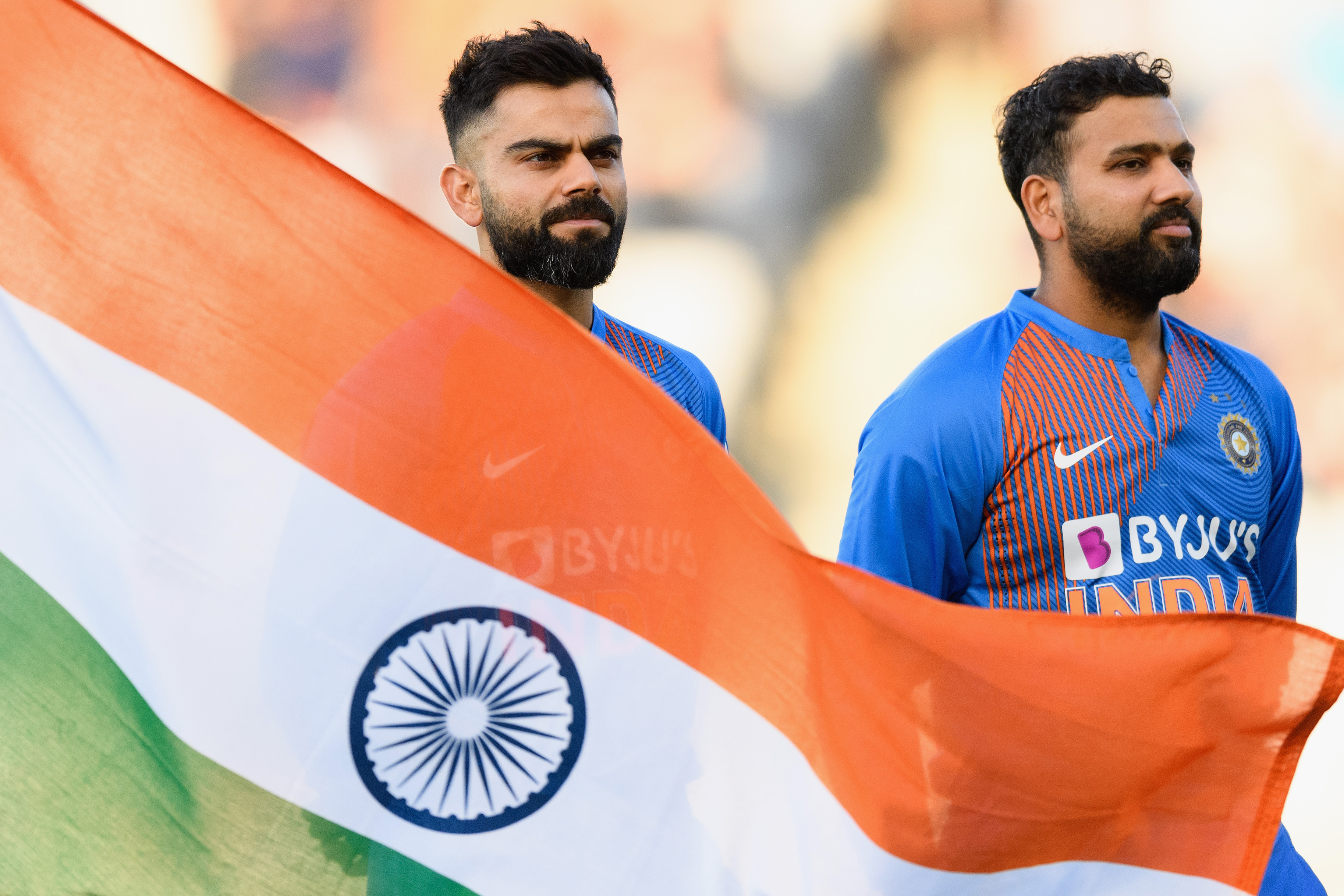 Virat Kohli and Rohit Sharma lining up for national anthem during 2019 World Cup.

For over a decade, Virat Kohli, 33, and Rohit Sharma, 35, have been playing like they are operating on a different plane than the rest of their teammates. But how the Indian cricket will look like when these incredible stalwarts button up their shirts and leave?

The incessant rise of T20 has made cricket more free-spirited, powerful and innovative than it ever has been. Yet, ardent Indian fans have always looked for their heroes ever since the sport was invented. In the 80s and 90s, Sunil Gavaskar, Kapil Dev, and Mohinder Amarnath were everyone’s heartthrobs, and then came Sachin Tendulkar, Sourav Ganguly, Virender Sehwag, Yuvraj Singh and the others in the next decade or so. Afterwards, MS Dhoni rose through the ranks, and then Virat Kohli and Rohit Sharma followed in his footsteps to take up the baton.

But now, with both Rohit and Virat – two of the best modern-day cricket stalwarts on the wrong side of the 30s, who are set to be the next cricket icons in the country? Or, will there be anyone in the future who can match their previous generation superstars’ flamboyance?

In a country like India where people play cricket in almost every street, the doubt, of course, makes sense. However, they all had the same concern in the past whenever their side’s transition period took place, and every time, someone or more came out of nowhere with all guns blazing to reassure their fans. And now, with the amount of talent and the high potential youngsters that the BCCI boasts of having at present, there should not be any stoppage in this trend either.

Take Rishabh Pant for example. The boy is just 24 years young and has already done quite a few unthinkable things – especially outside subcontinents – with his idiosyncratic method. No wonder Ganguly rates him so highly each and every time he was asked something around him. The current BCCI president definitely saw something in Pant during his mentoring days at Delhi Capitals in IPL 2019.

Look at him now: already has hit Test hundreds in Australia, England, and South Africa apart from India in his young career. Not to forget, his slowest Test century, that too in South Africa where people feel more uncomfortable while batting than in any other country, came at a strike rate of 71.94. Absolutely unbelievable, right?

With all that, Pant is now been auditioning for the long-term captaincy roles for India. The recent South Africa T20I series, where he became the country’s captain for the first time, did not go as impressive as he would have liked but it was just a beginning. Oftentimes, experts and former players tend to forget Pant’s age and start criticising him. Although it does not last long enough as Pant’s masterpieces come to the rescue more often than not to silence them.

Among the other players who could be a serious candidate to replace Virat is Shubman Gill. Despite being aged just 22, the stylish batter has already shown a wide range of strokes at the highest level and has often been labelled as the next big thing in Indian cricket. He first took the limelight back in 2018 when he won the Player of the Tournament award at the ICC Under 19 World Cup. There, he aggregated 372 runs from five matches at a sizzling strike rate of 112.38, averaging 124 – the highest for a player with a cut-off 300 runs in a single edition of U-19 World Cup. He also hit four fifties to get to that tally, only the second to achieve the feat at the U-19 World Cup after Bangladesh's Mehidy Hasan Miraz.

However, arguably the biggest achievement so far in Gill’s career was putting pressure on the Australians in their own backyard during the 2020/21 Border-Gavaskar Trophy. With a tally of 259 runs from three matches, that too at a decent strike rate of 60.65 and an average of 51.80, Gill showed the world that he is not going to remain as a golden boy. There are lots to offer.

Although from there on Gills’ consistency did not live up to the expectations across formats in IPL and the international circuit, he certainly seems to have found his mojo in the ongoing West Indies tour. There in the Caribbean, he made substantial impacts in the opening two ODIs. But, he must convert them into a three-digit mark to make a name for himself along with the famous list. And, it should start now.

The likes of Ishan Kishan and Prithvi Shaw, aged well below 25, are not too far behind either. With Shikhar Dhawan turning 37 this December and Rohit already being 35, they might get the much-anticipated longer run for India after the 2023 World Cup.  And Hardik Pandya and Shreyas Iyer, who are on the right side of their 30s, will be there to take them forward.

With classical cricketing nous spreading here and there with time, bowlers, who do wonders here and there on a consistent basis, receive the deserved praise nowadays. Last year in November, when Pat Cummins became Australia’s 47th Test captain, plenty of applause came from almost every corner of the cricketing world. A similar thing happened last month when Jasprit Bumrah was announced India’s 36th Test captain. That tells the story that the unreasonable idea of only batters and the all-rounders making all the headlines is on the verge of non-existence.

Along with that, the amount of success Bumrah and his fellow Indian speedsters, have enjoyed since Kohli took charge has been appreciated by almost everyone across the globe. Thus, the Indian cricket team is not only restricted to the batter for their fans’ worship anymore. Their bowlers too have now leveled up their standards.

To counter, one may say that Indian youngsters are yet to prove their worth to fill the greats’ shoes with their temperament and techniques. But whatever they have done so far individually at the highest level can not be said as those just came by flukes. They do not get much credit only because the Indians worship their cricketing Gods to a certain extent. And at this point, the Gods, according to them, are only Rohit and Virat.

It might be tough to predict where the promising Indian youngsters, such as Pant, Gill, Shaw, Ishan, and the others reach when their careers come to an end. They may not look as illustrious as Kohli and Rohit at that point, but whatever they will be doing as a core from 2024 when they ideally take the additional responsibility to orchestrate, won’t be less glorious than the mighty duo. In fact, with the amount of talent and flexibility the BCCI has got right now, they can only push the boundaries even further for the upcoming generations.