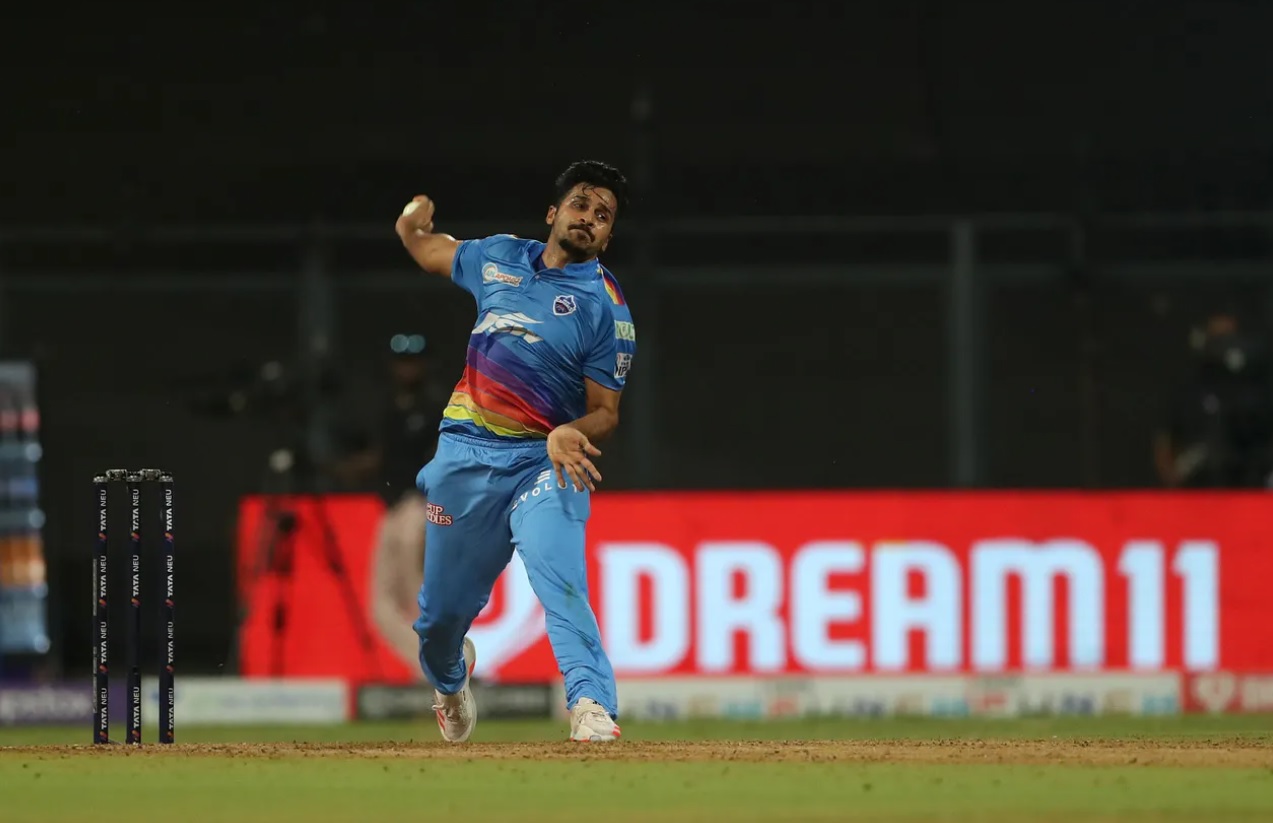 Shardul Thakur produced a hilarious moment on the field

It happens very rarely on cricket fields that a bowler produces some comical moment with his actions in the follow-through while bowling. Shardul Thakur added to the count as the ball slipped out from his hands in an attempt to bowl a knuckleball which produced a hilarious cricketing moment.

After winning the three matches in the IPL 2022, Delhi Capitals have started well against Kolkata Knight Riders. After winning the toss, DC have opted to bowl first and are taking the opposition wickets consistently. The team were reduced 35/4 at one stage but Shreyas Iyer and Nitish Rana tried to steady the ship. KKR was in trouble but Shardul Thakur produced a comical moment with his actions.

Shardul was bowling the 11th over of the innings and Nitish Rana was facing him. He started his run-up for the fifth delivery of the over and was trying to bowl a knuckleball. However, the ball slipped out of his hands and was tossed to the mid-on. Twitter took notice of the event and the fans flooded the platform with their reactions.

Lord Shardul bowling in opposite direction to get the wicket of batter sitting in dressing room. Lord for a reason 🙏

Did you guys just troll Shardul 😭😭😭

There's a batsman standing there!

Only Lord Shardul Thakur could see him and bowl there #IPL2022