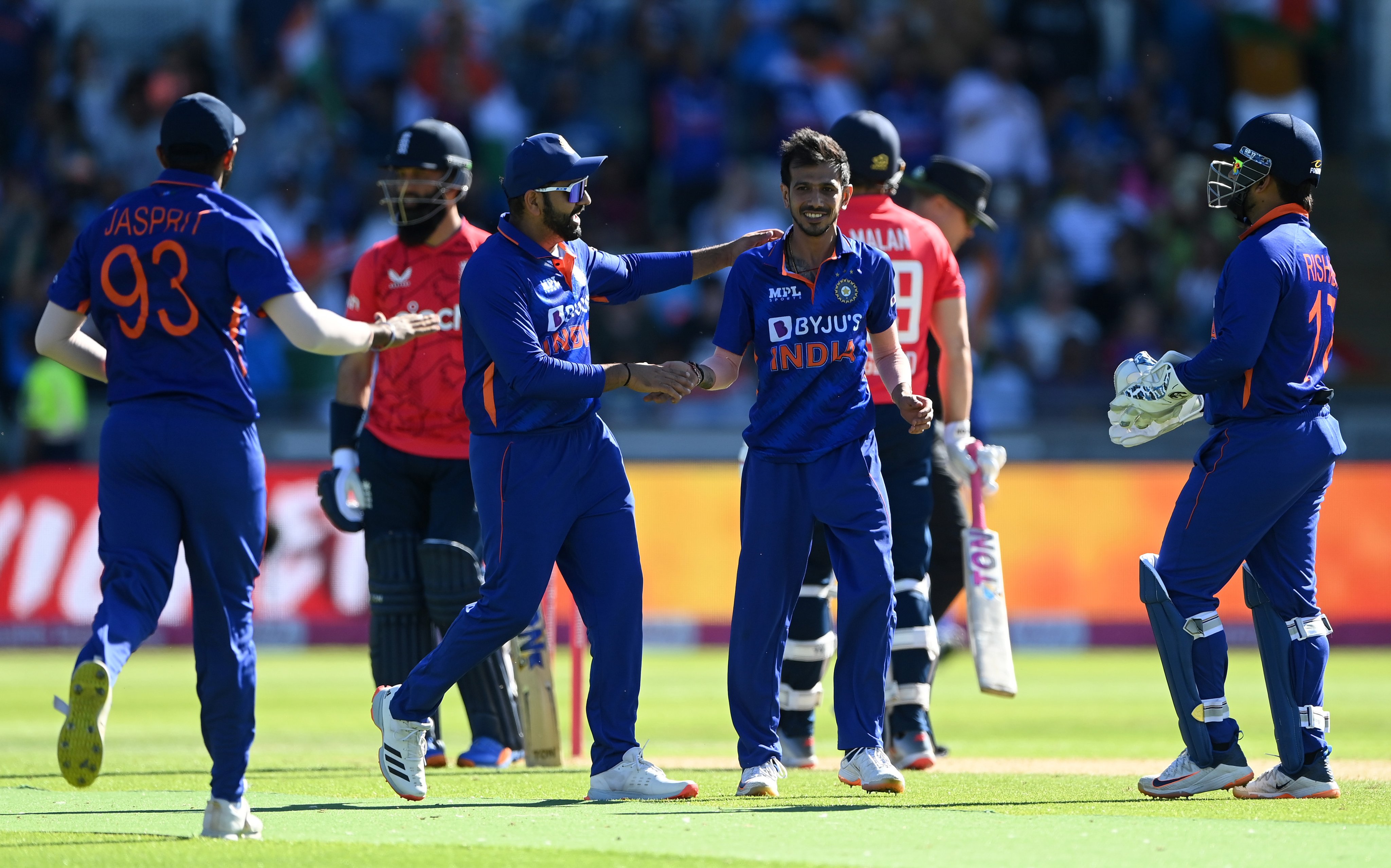 India won the second T20I and the series against England.

India won the second T20I of the series against England in convincing fashion and with it wrapped up the three-match T20I series against the hosts. Ravindra Jadeja and Bhuvneshwar Kumar were the stars for the Indian team as they played an important role in helping India win comfortably.

India defeated England by 49 runs to win the second T20I and with it wrap up the series. After being asked to bat by England's captain Jos Buttler, India managed to post a decent total of 170 against the hosts. The Indian opening batters comprising Rohit Sharma and Rishabh Pant gave India a great start during the powerplay. They stitched a partnership of 49 runs for the first wicket which set the tone for the innings.

Virat Kohli was not able to get going as he was dismissed for one. After losing the top three, India lost their way a bit as Hardik Pandya, Suryakumar Yadav and Dinesh Karthik were unable to get going and could not make much of an impact with the bat. However, Ravindra Jadeja batted intelligently and managed to score an important 46 for the side which propelled India to 170.

England was jolted on the very first ball of the chase as Bhuvneshwar Kumar dismissed Jason Roy and bowled a maiden over as well. Kumar carried on his good form from the last game and made sure the English batters struggled against him. He also dismissed captain Jos Buttler which was his second time in this series to give India the upper hand.

From there, England never really could make a comeback as the Indian bowlers kept taking wickets at regular intervals. Bhuvneshwar Kumar was the pick of the bowlers as he took 3 wicket for 15 runs.

This is Rohit Sharma's 14th consecutive win in T20Is as captain which is the most by any in the world and third series victory as captain on the trot.

Here is how the Internet reacted to India's win:

What does that mean?

Rishabh pant is Opening the innings...I think this is a great choice... Congratulations team India for the win🎉 #indvseng2ndt20 @cricketaakash

Rohit is dealing it with just W's

Captaincy is not easy

Yes! You are right.

After watching Rohit's Captaincy
Rohit fans be like *#RohitSharma𓃵 pic.twitter.com/65SdyHfwdN

Brilliant Captaincy by Rohit Sharma in the match 🔥
Each and everyone is appreciating him ! pic.twitter.com/dVMiqNTfd1