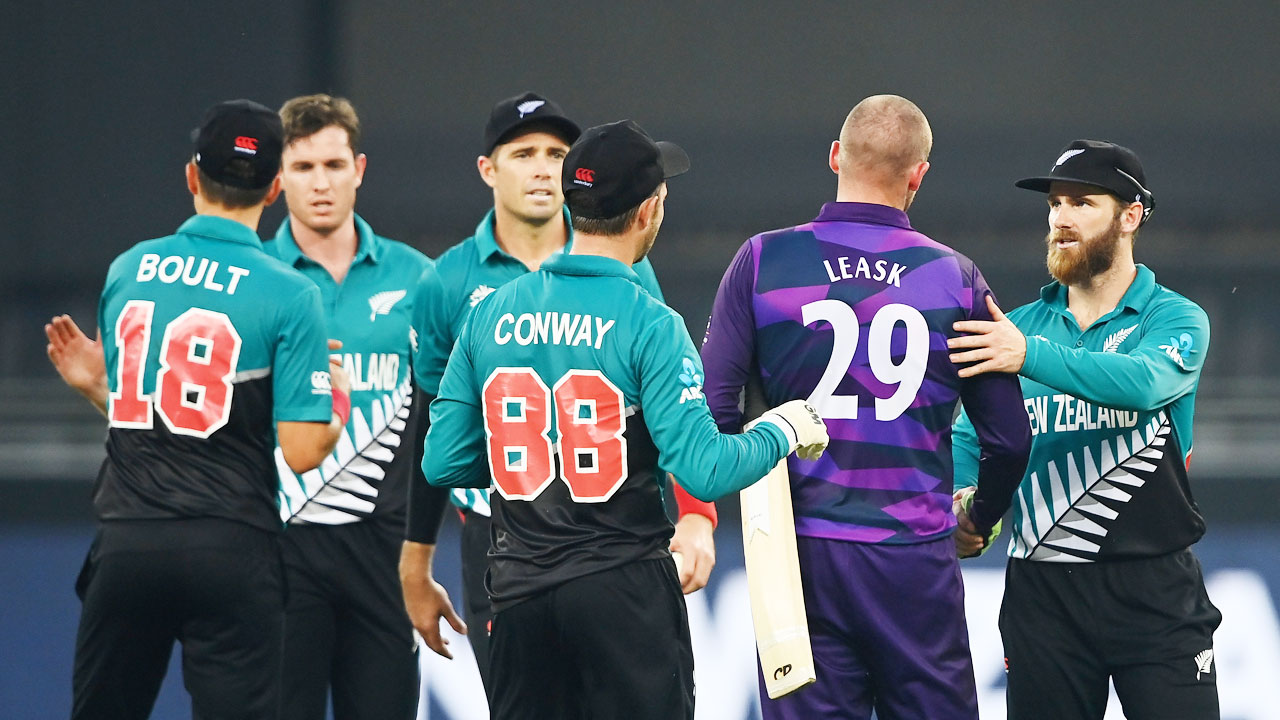 New Zealand are currently playing against Netherlands and they are set to tour Scotland for two T20Is and a one-off ODI in July this year. Both these teams were up against each other in the T20 World Cup last year in UAE and New Zealand won the game despite a spirited show from Scotland.

New Zealand are all set to visit Scotland in July this year to play two T20Is and one ODI. The matches of the series are scheduled to be played on July 27, 29 and 31. These fixtures will be played at Grange in Edinburgh. Both of the teams played in the T20 World Cup last year in UAE where New Zealand won the game despite a spirited performance from the opposition.

"We are excited to welcome the BLACKCAPS to our shores this summer. We want to keep challenging ourselves versus ICC Full Members and New Zealand are up there as one of the best," Scotland Men's Head Coach Shane Burger said, reported Cricbuzz.

"Having reached both of the most recent T20 and 50 over ICC world cup finals, they have proven to be the most consistent team across all formats of the game in recent years.”

"We have 12 international ODI's to be played prior to the New Zealand series and so the squad are training well and looking forward to a busy 2022."

New Zealand are currently playing against the Netherlands. The team will tour England and Ireland before visiting Scotland in July. New Zealand head coach Gary Stead said that it will be a great occasion to visit Scotland.

"It's going to be a great occasion for the BLACKCAPS to visit Scotland. Over the past decade we've seen Scotland improve as a cricketing nation and develop into a force in international cricket,” he said.

"Having played there personally myself at Brechin Cricket Club, I know how passionate the people are about the game and I have no doubt they will be eagerly looking forward to this tour. Playing against associate teams as a major nation is a really important part of helping them grow and that growth can only benefit the world game long term."