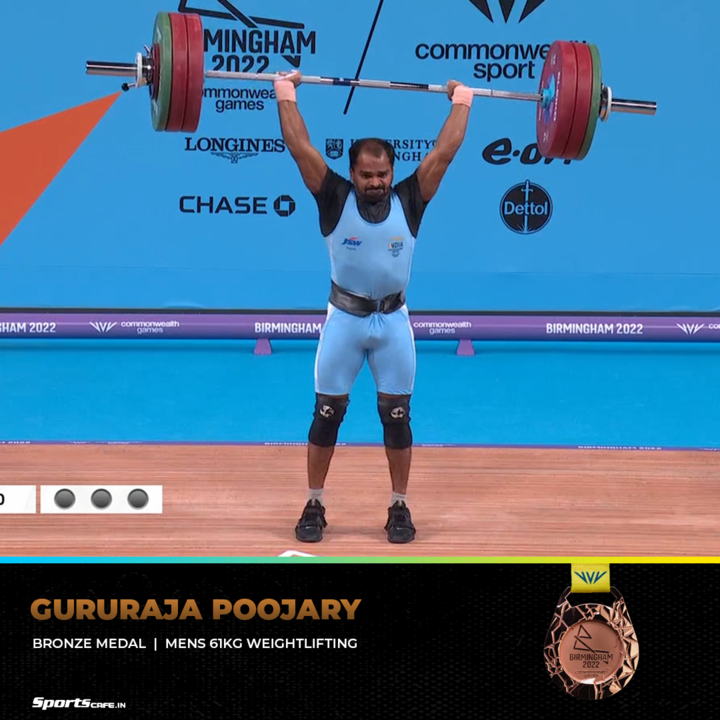 Gururaja Poojary, an Indian weightlifter, increased India's medal total at the ongoing edition of the Commonwealth Games to two with a bronze on Saturday in the men's 61kg division. Gururaja lifted a total of 269 kg to place third, hours after Sanket Sargar opened won a silver medal in the 55 kg.

Additionally, this was Gururaja Poojary's second consecutive CWG medal. At the previous edition of the Commonwealth Games in Australia, Guriraja earned the men's 56kg silver medal; nevertheless, he had moved up a weight class to participate in the 61kg event at Birmingham 2022.

Gururaja Poojary hoisted 113 kg and 118 kg in the snatch event on his first two attempts but failed to lift 120 kg on his third. The 29-year-old Gururaja, who finished fourth in the snatch round, required a strong clean and jerk performance to move up into the medal places. He accomplished this with a personal best clean and jerk lift of 151 kg on his final try.

Prior to the big third attempt, he had recorded 144kg and 148kg, respectively, with his first two attempts. Youri Simard of Canada, who came in fourth place with barely a kilogram less than the Indian, was overtaken by the Indian.