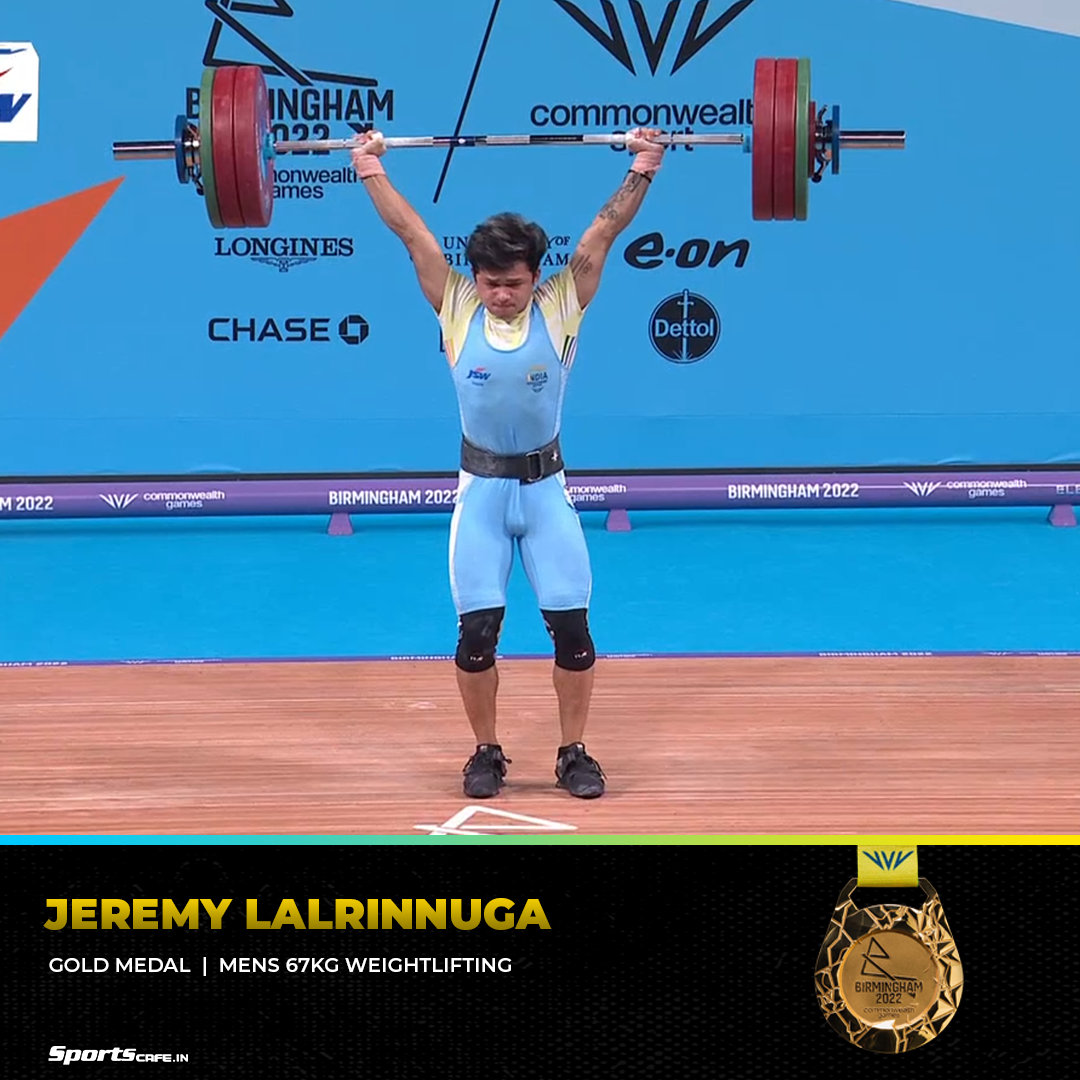 India secured a second gold medal at the ongoing 2022 Commonwealth Games through Jeremy Lalrinnunga who lifted a combined weight of 300 kgs in the Men’s 67kg category. Yesterday, Maribai Chanu got the gold tally going for India at the Games after she won the gold medal in the Women’s 49kg category.

Lalrinnunga kept the good run of Indian weightlifters at the 2022 Commonwealth games going as he secured the gold medal in the Men’s 67 kg category. The Indian beat out the likes of Nigeria’s Edidiong Joseph Umoafia and Samoa’s Vaipava Nevo Ioane to sit atop the standings.

The Indian started off brilliantly lifting a massive 136 kgs in his first attempt. This was in contrast to the field where only Umoafia touched the 130kg mark. On his second lift, Lalrinnunga upped the ante with a lift of 140kgs in the snatch. The Indian star then attempted a personal best of 143 kgs for his third attempt which would have given him a huge lead going into the clean and jerk. However, he failed to complete the lift and waltzed into the clean and jerk with a significant lead of 10 kgs.

On his first attempt at the Clean and Jerk, Lalrinnunga lifted 154 kgs. However, at the end of the lift, he appeared to have suffered an injury. However, he did come out for his second attempt of 160 kgs. In a display of incredible determination, the Indian teen was able to complete his lift to take the lead. For his final attempt, Lalrinnunga decided to go for a lift of 165 kgs. However, he was not able to complete the lift.

However, it did not matter as Ioane failed to complete his lift of 174 kgs which left his final tally at 293 kgs handing the Indian a place at the top of the podium.

This was India's second gold medal at the Games after Mirabai Chanu had won her event on July 30.