Of spirituality and dogged determination - the Wasim Jaffer philosophy of life

Of spirituality and dogged determination - the Wasim Jaffer philosophy of life 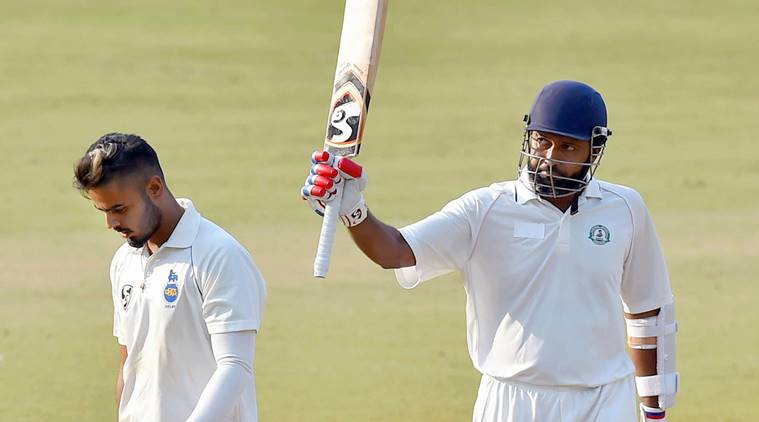 There is hardly anything in the Wasim Jaffer tale that needs a revisit. The records speak for himself and his growing achievement, but if one thing that has transcended time and made him the force of his own will, it was the character that endured through his quarter-century career.

Take this for example. More domestic matches than anyone else in Indian cricket, the record of most runs, most centuries, most catches along with being the highest run-scorer in the Duleep Trophy and the Irani Cup, the only batsman to have breached the 1000-runs per Ranji season twice and the only player to lift 10 Ranji Trophy titles. If you are lucky, you achieve one of those distinctions but if you are Jaffer, you achieve everything with elan and still stay calm.

There is no air about the rich legacy that he has left behind as a cricketer from Mumbai, the praises that he has accumulated - from Sachin Tendulkar to Sanjay Manjrekar - and becoming the first-ever Indian cricketer to score a double century in West Indies, but when you talk to Wasim Jaffer, you would be surprised by his humility and his approach to life. And it is a lesson in itself that a cricketer, who in the force of his own will, became a dogmatic character, relied on spirituality and when the playing career is done and dusted, he is thanking the Universe for aligning the way it did. Regrets? Well, in the Jaffer tale, it was just a word he heard from people, but never really felt so.

“I feel very happy, honoured and lucky that I could play this long. I had a 24-25-year career which not many people do and thus I feel very fortunate that the Almighty Allah has given me all this, especially playing for Mumbai for 19 odd seasons. Most of the first-class records I was able to achieve and though I could have played more for India, I understand that not all things are possible to be achieved. I take everything in my stride and I believe in destiny and in the fact that whatever happens, happens for a reason,” Jaffer told SportsCafe in an exclusive interview.

It is probably in the air that Jaffer breathed as a kid which became a part of his stoic character. The life in Mumbai’s Bandra is a clear demonstration of two varied ends of the spectrum. Hill Road and Mount Carmel Road are two of busiest roads in the entire city, making Bandra West a suburb that has now become the next hotbed in the city after South Mumbai’s glamorous life-style. But that is just half a story.

For every romantic tale of Band Stand and Mannat, there has been a different side to the locality, where years ago, a family lived in a chawl in the bowels of Bandra, imparted spirituality to their kids - for honesty comes ahead of money, fame and recognition. Wasim Jaffer grew up, wanting to become an Indian cricketer, which he did, but ask any cricketer he has played with and against, they will have a tale of how the veteran’s lifestyle inspired them to become a great human being first and a good cricketer second.

“Spirituality played a big part in my career. My mother was a spiritual person and naturally, the values were instilled in me. I believed that if we cannot do good for anyone at least we must not harm them. We don’t have a choice about how we look and what race we are. I have always had a very quiet nature and thus being a little religious helps you with all these things.”

He didn’t have the easiest of the beginnings to his life. His father was the only bread-earner, with Jaffer, sometimes, having to sell pickles made by his mother to have some sort of extra income to the family. In a family of four kids, the senior Jaffer had to put in shifts a day in and day out, to ensure his son could go to the maidan for practice without having to worry about anything else. Jaffer sensed that from his childhood days. And when you have seen hardship so early in your life, you tend to appreciate life a little more and it remains in the fabric till date.

“Family plays a very important role for any cricketer as when you are playing at the U16 or U19 level you are very immature and you don’t know what is right and what is wrong and thus you need someone to guide you. As I said before I come from a very humble background.

"My parents, my brothers, they had to sacrifice a lot for me to become a cricketer and thus I am indebted to them. My father was the only bread earner in the family and thus it was very difficult but by God’s grace things happened and I stepped up the ladder slowly and steadily and rest is history. So I feel that for any cricketer, the family’s sacrifice can never be neglected,” Jaffer added.

And boy, did he do justice to everything his parents wished for him. Till date we will be talking about the rich legacy of Mumbai cricket, the man, with a forward stance, eyes fixed on the ball to roll it down the cover, will be the epitome of it. A picture of poetic justice to the art of cricket and a mighty figure in the history of Indian cricket. Wasim Jaffer will not be forgotten easily.