My experience as a player in Vidarbha can help me as coach if picked, reveals Wasim Jaffer

My experience as a player in Vidarbha can help me as coach if picked, reveals Wasim Jaffer 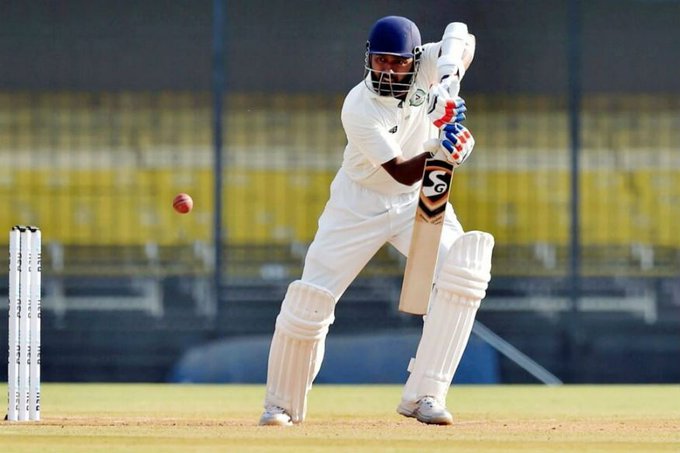 Wasim Jaffer, while revealing that he wasn’t contacted by Vidarbha officially, is confident that his experience as a player can help him as a coach big-time. Jaffer has further added that he is proud of the way Vidarbha played in the last three years when he was there as a playing mentor.

While many veteran cricketers in Indian domestic cricket choose smaller plate teams to share their knowledge and better their career statistics, Wasim Jaffer, a giant in the domestic circuit in his own right, chose the other way around in the fag end of his career. Not only did his move to Vidarbha - a talented bunch of players with a system behind them - without charging a single professional fee, he also had a hand in them winning consecutive Ranji Trophy titles. The wins had a ripple effect in Vidarbha's whole fabric as the U-23 side won the Col CK Nayudu Trophy this year while the U-19 side reached the final for the second consecutive time, after winning the trophy in the first attempt.

This has been a hugely satisfying journey for the Mumbai man, who had won no less than 10 Ranji Trophy titles in his glorious career. However, after donning the hat of highest-capped international player this season, the man of calm and gentle disposition decided to call it a day from his playing career and now he is ready to jump into the coaching role, most probably with the same side he had played his last first-class game with.

“I have not got any official communication from Vidarbha Cricket Association so I can’t tell you what is going on. But because I played there for so many years, I know a lot of players and their temperament and nature and I also know a lot of officials. Thus if you work in such an environment then naturally it becomes easier. You kind of know most things beforehand and thus your time and energy are saved. So because I have been there before, it will definitely help me,” Jaffer told SportsCafe in an exclusive conversation.

A veteran everyone adores, Jaffer’s career is a glittering one in Indian cricket. A down to earth person, with a stance and stroke to die for, made a move to Vidarbha in 2017 to be a part of the side his good friend Chandrakant Pandit was going to manage. The duo scripted a fairytale for the Maharashtrian side, with Faiz Fazal leading them. On being asked about his journey, Jaffer stated that it was immensely satisfying one for him.

“It gives me most satisfaction that since myself and Chandrakant Pandit have been there for Vidarbha for the past three years, it has grown into a team that everyone fears to play against, which was not the case before. Now they know how to win and the same individuals are performing in crunch situations against good teams away from home. So those are the things you feel proud about that whatever input and knowledge you have passed on has produced good results.

“Winning four trophies in the last three years is not a small feat. So when you go into that kind of a state and you turn them into a match-winning team you get a lot of satisfaction. When you play for Mumbai you are expected to win because of the history behind them and there are so many good players playing for them and that was not the case with Vidarbha,” the now-retired Jaffer concluded.