Was told 'I am old' for selection, reveals Sheldon Jackson

Was told 'I am old' for selection, reveals Sheldon Jackson 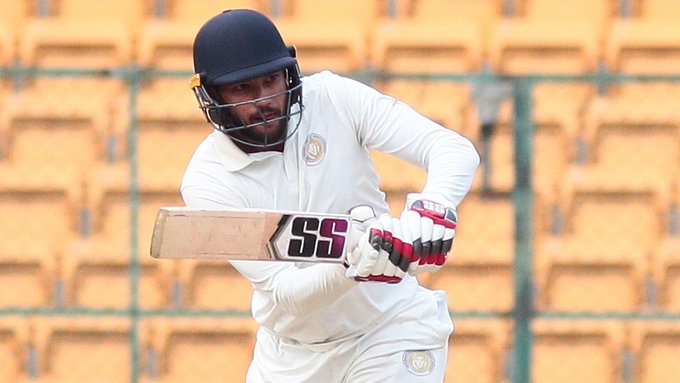 Sheldon Jackson talked about how he deals after not being selected for Team India.

Sheldon Jackson minced no words when he talked about how he felt about not getting an India call-up and he revealed that he was told that he is old as selectors wanted young players. The wicket-keeper batter consistently did well in the domestic circuit and yet was not selected for the Indian team.

Sheldon Jackson is one of the few cricketers who have done well consistently well at the domestic level for his team. yet, the wicket-keeper batter never got a chance to be selected for the Indian cricket team. Sheldon Jackson is competing against a group of talented cricketers but the thing that he felt worst about was the lack of communication.

The veteran wicket-keeper talked about the same and said that he has had no communication for years regarding why he was constantly ignored from getting a call-up for the Indian team. He further revealed that when he asked someone why he was not selected at that time he was told it was because of his age.

"There has been no communication (on why I was not picked) but once I asked someone what more I need to do, I was told I am old. They told me that above 30, we are not picking anyone. But ultimately, after a year, they picked someone who was around 32-33. I was very vocal that is there any law that once you’re above 30, 35 or even 40 you cannot get picked? Then why don’t you come out with a law itself?", Sheldon Jackson said while speaking to Sportskeeda.

The wicket-keeper batter revealed that the snub only makes him work harder as he wants to prove to himself that he is still determined to do well.

"It is very difficult because year in and year out, you’re putting in the hard yards, being consistent, because Indian domestic cricket is so difficult, to be consistent over there year in year out. But that is the motivation for me. The more I don’t get picked, the more I get determined to do it again. Not to prove people, but to prove it to myself that I still have the hunger in me," Jackson said.