IPL 2022, GT vs RCB | Twitter reacts as wicket gets converted into dead ball after crashing with cable

IPL 2022, GT vs RCB | Twitter reacts as wicket gets converted into dead ball after crashing with cable 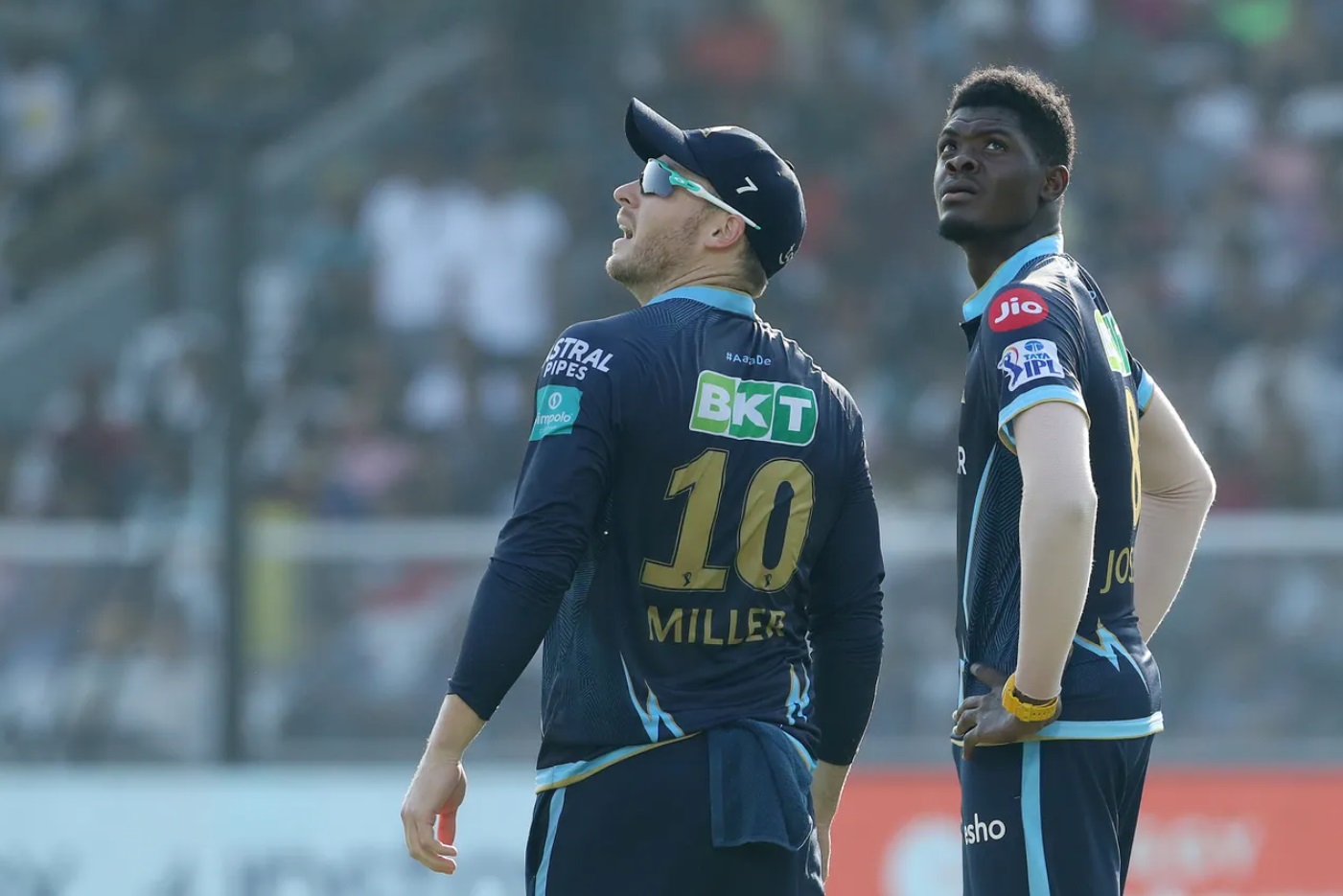 Alzarri Joseph dismissed Mahipal Lomror on a score of 16

It happens very rarely in cricket that a dismissal gets converted into a dead ball but such an incident occurred in a game between Gujarat Titans and Royal Challengers Bangalore. The wicket of Mahipal Lomror was reversed to a dead ball as it hit a cable of satellite television before landing.

Gujarat Titans have been a strong unit in IPL 2022 and they have started strongly against Royal Challengers Bangalore. RCB won the toss and opted to bat first. Their decision turned out to be very correct as Virat Kohli regained his form with a half-century. Rajat Patidar also scored a fifty and both of them stitched a crucial partnership. Mahipal Lomror played a cameo of 16 runs from eight balls but he got a lifeline during his stay at the crease.

Alzarri Joseph was bowling the last over of the innings and he bowled a full-length delivery to Lomror. The batter tried to clear the fielder at long-on but mistimed it and David Miller caught it near the ropes. However, there was a twist in the dismissal as the batter was sure that the ball had hit a cable of the satellite television. The third umpire agreed with the same after checking the replays and the decision was reversed. The delivery was converted into a dead ball and Lomror got a lifeline. However, he was dismissed on the last ball of the innings in a similar manner

Even pandya immediately called it a dead ball.

It's not spider cam's😂

Lol that dead ball thing was so interesting

Ah Miller taunting!! 😂
Bro that was a dead ball. Get over it!!

I want this rule in my Gully Cricket as well.

Any cable is a dead ball!😂