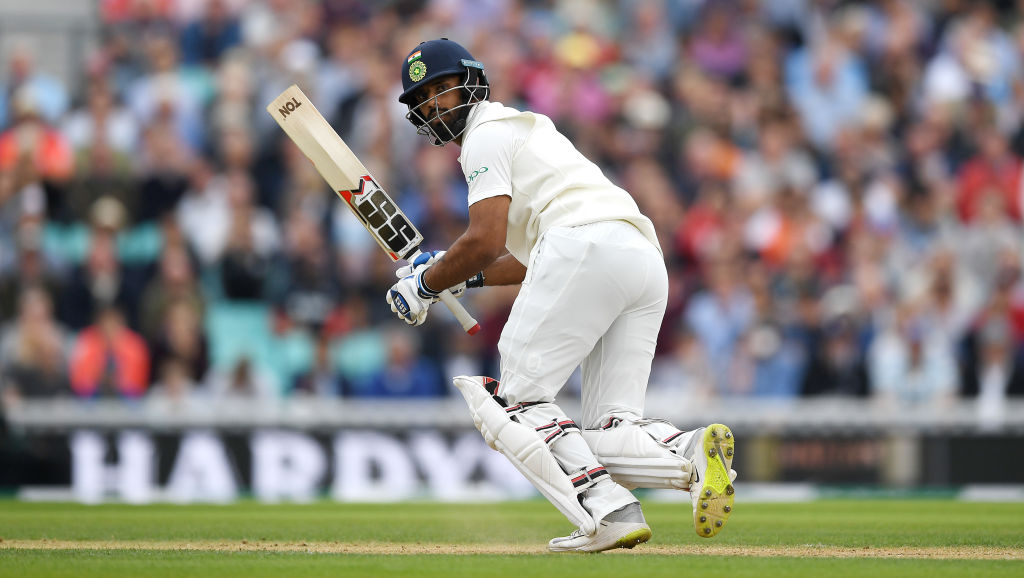 Robin Uthappa hit his maiden first-class ton for Kerala as the home team frustrated Delhi fair and square in Thiruvananthapuram to take the honours of Day 1. Meanwhile, in Mulapadu, Vidarbha bowlers put up a show to bundle Andhra Pradesh for a modest 211 after snake delayed the game.

On a see-saw day Rajiv Gandhi International Stadium in Hyderabad, the visitors took the honours of the day by bundling the hosts out for 233 runs, with wicket-keeper Kolla Sumanth being the star performer for the hosts. Chama Milind and Mohammed Siraj were the saving grace for Hyderabad towards the end before Piyush Chawla ran through the lower order to bundle the hosts for 233 at the end of Day 1. While Chawla was the pick of the bowlers, the pace troika of Roosh Kalaria, Chintan Gaja and Arzan Nagwaswalla accounted for two wickets apiece. Gujarat will start their batting tomorrow.

Robin Uthappa made his red-ball debut for Kerala with a bang, with a century at the St Xavier's College Ground in Thiruvananthapuram, and found solid support from Ponnam Rahul who was unfortunately dismissed for 97 by Vikas Mishra. The way the duo built the innings was particularly commendable after Tejas Baroka got the better of Jalaj Saxena and skipper Sachin Baby added further impetus with an unbeaten 36-run innings. It helped Kerala reach a total of 276/3 as umpires called it stumps as soon as Uthappa was dismissed on the first ball of the 90th over.

Rajasthan were going strong at the Sawai Mansingh Stadium in Jaipur but a late resurgence from Punjab meant the honours were shared at the end of Day 1. Half-centuries from Mahipal Lomror, Ashok Menaria, and Salman Khan helped Rajasthan build a strong base Siddarth Kaul was not ready to trade anything for wickets. The India international went for runs but chipped away with wickets on a regular basis as the hosts ended up with 276/9 at the stumps.

After being put to bat, Andhra were reduced to 59/3, needing a rescue inning from skipper Hanuma Vihari to put the side out of trouble. The skipper obliged with an incredible knock of 83, as wickets kept tumbling in the equal intervals from the other end. Srikar Bharat stood his ground alongside Vihari in the middle overs, with late contributions from Naren Reddy, Girinath Reddy and Bandaru Ayyappa. Vihari top-scored in the innings with 83 runs, as Aditya Sarwate picked up 4 wickets. In reply, Vidarbha openers Faiz Fazal and Sanjay Raghunath put up a cautious start as they reached 26 runs for no loss at the end of the day.