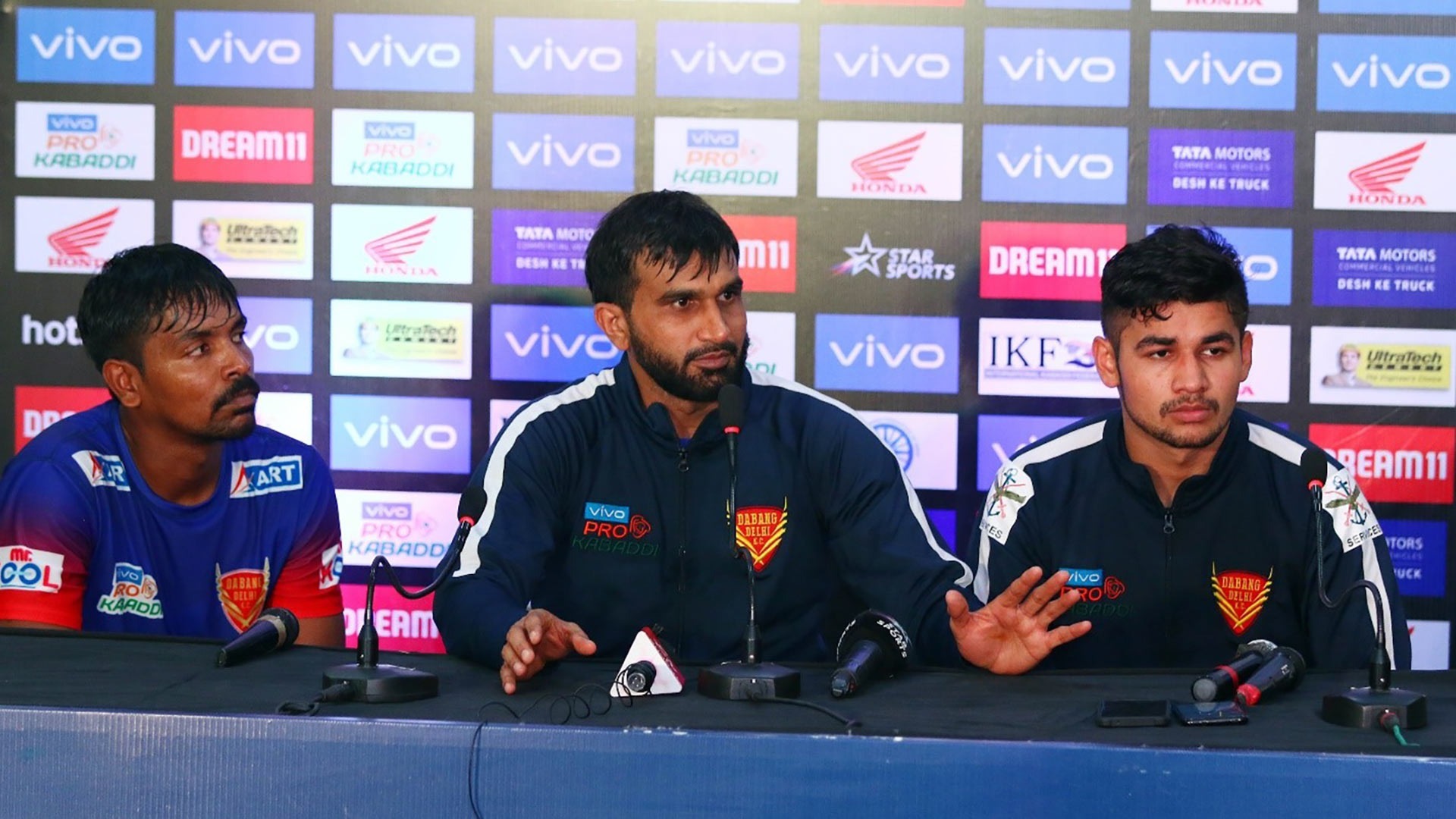 After their win in the semifinals, Dabang Delhi’s captain Joginder Narwal has revealed that their coach has been analysing and strategizing against Pawan Sehrawat for a while and the team simply followed his plan which got them a win. Delhi won against Bengaluru Bulls with a scoreline of 44-38.

Dabang Delhi showcased why they were the top team in the league stage in the semi-final clash against Bengaluru Bulls on Wednesday. Dabang Delhi inflicted two all-outs in the first half itself which gave them an 11-point lead. Though Bengaluru did come close but they were never able to be in the lead throughout the match. The biggest achievement for the Dabangs was to make Bengaluru's only strike raider Pawan Sehrawat sit off-court for around 20 minutes. That helped them inflict three all-outs and so Bengaluru were never able to close the point gap.

“The coach has been constantly analysing Pawan's play and has been meticulously strategizing against him. So, we played according to the coach's plan and that got us the win,” Joginder Narwal said in the post-match press conference.

The team displayed an all-round performance with Naveen completing his 20th straight super 10 and the defence scoring 15 tackles points overall. Chandran Ranjit was a surprise in defence where he scored three crucial tackle points and also scored six raid points.

“I'm overjoyed with my performance but I'm happier with the team making it to the final,” Naveen Kumar said on his performance.

Even though the raiders did well, the defence played a crucial role. The highest scorer in defence was Anil Kumar with four tackle points and he was well-supported by both the corners Joginder Narwal and Ravinder Pahal who scored three points each.

When asked if he was happy with the performance, coach Krishan Kumar Hooda replied, “Never. There is always room for improvement. We are not satisfied by just making it to the final. We can play even better. We have played them thrice this year and we tied once, won by two points the other time and today we won by six. We could have won by 10 today, maybe 20. Next time, it could be 30. Who knows? I'm not a fortune teller. But as a coach, it is my job to demand more from my players because there is always something we can work on and improve.”